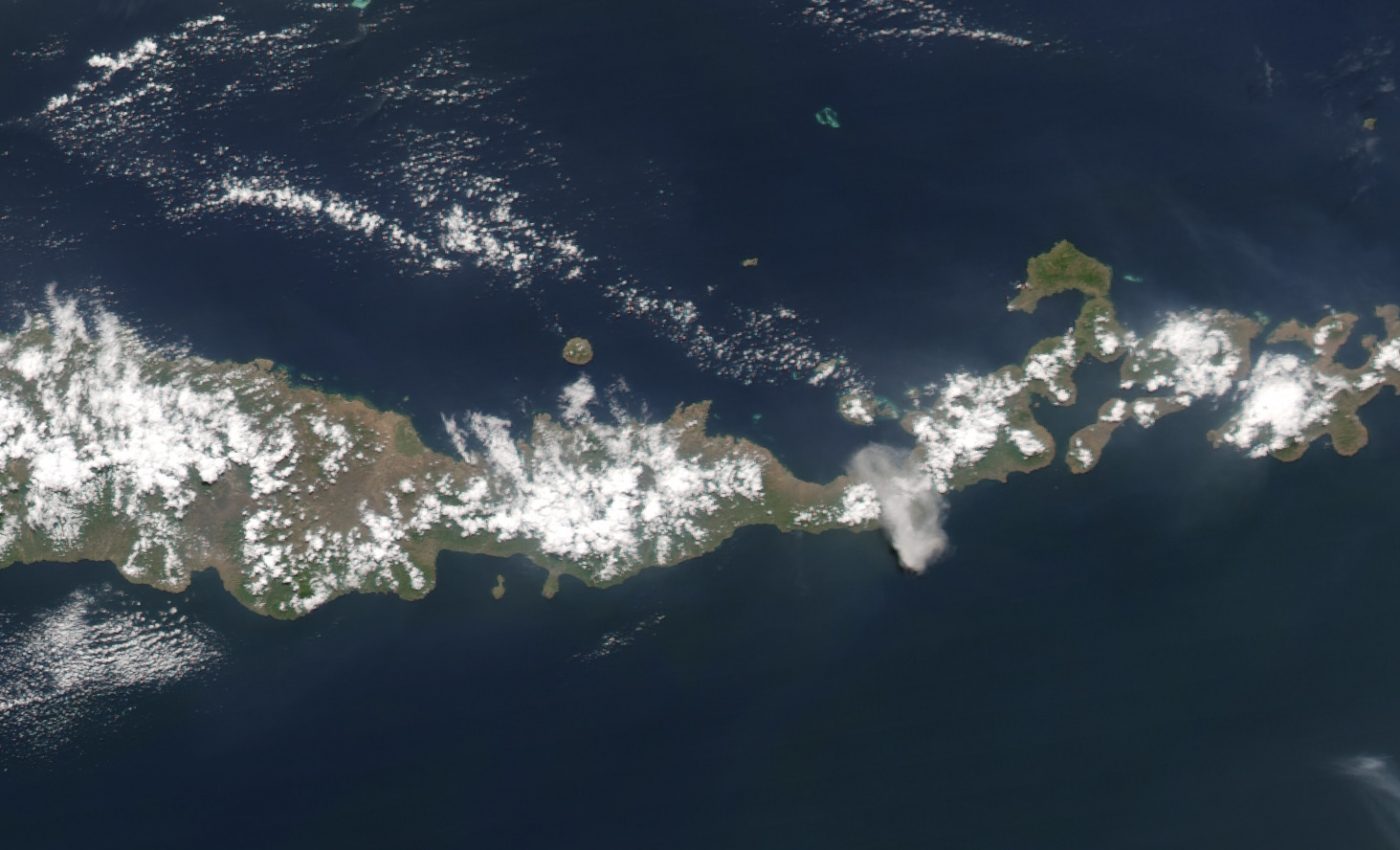 Shortly after 12:30 p.m. local time, on September 4, 2004, a large cloud of ash and smoke erupted from Mount Egon on the Indonesian island of Flores. When the Moderate Resolution Imaging Spectroradiometer (MODIS) flew over on NASA’s Aqua satellite a little over an hour later, the light gray cloud straddled the island. The ash plume rose up to 3,000 meters above the volcano’s crater. As of Monday, September 6, up to 2,100 people had been evacuated from villages around the volcano, as the mountain continued to show signs of activity. For more information about the eruption, please visit Relief Web, sponsored by the United Nations Office for the Coordination of Humanitarian Affairs.

Mount Egon (Gunung Egon, sometimes also called Gunung Namang) is a stratovolcano located in the southeastern part of the island of Flores, Indonesia in the area of Maumere bay. A landslide during the eruption on 29 January 2004 forced 6,000 people to evacuate the area. Activity of Gunung Egon on 15 April 2008 forced thousands of people to evacuate. Quakes and fumes from the volcano have been occurring since November 2010, designating Egon as one of 11 volcanoes in Indonesia on the highest level alert