Nations of the Caribbean Sea • Earth.com

Nations of the Caribbean Sea 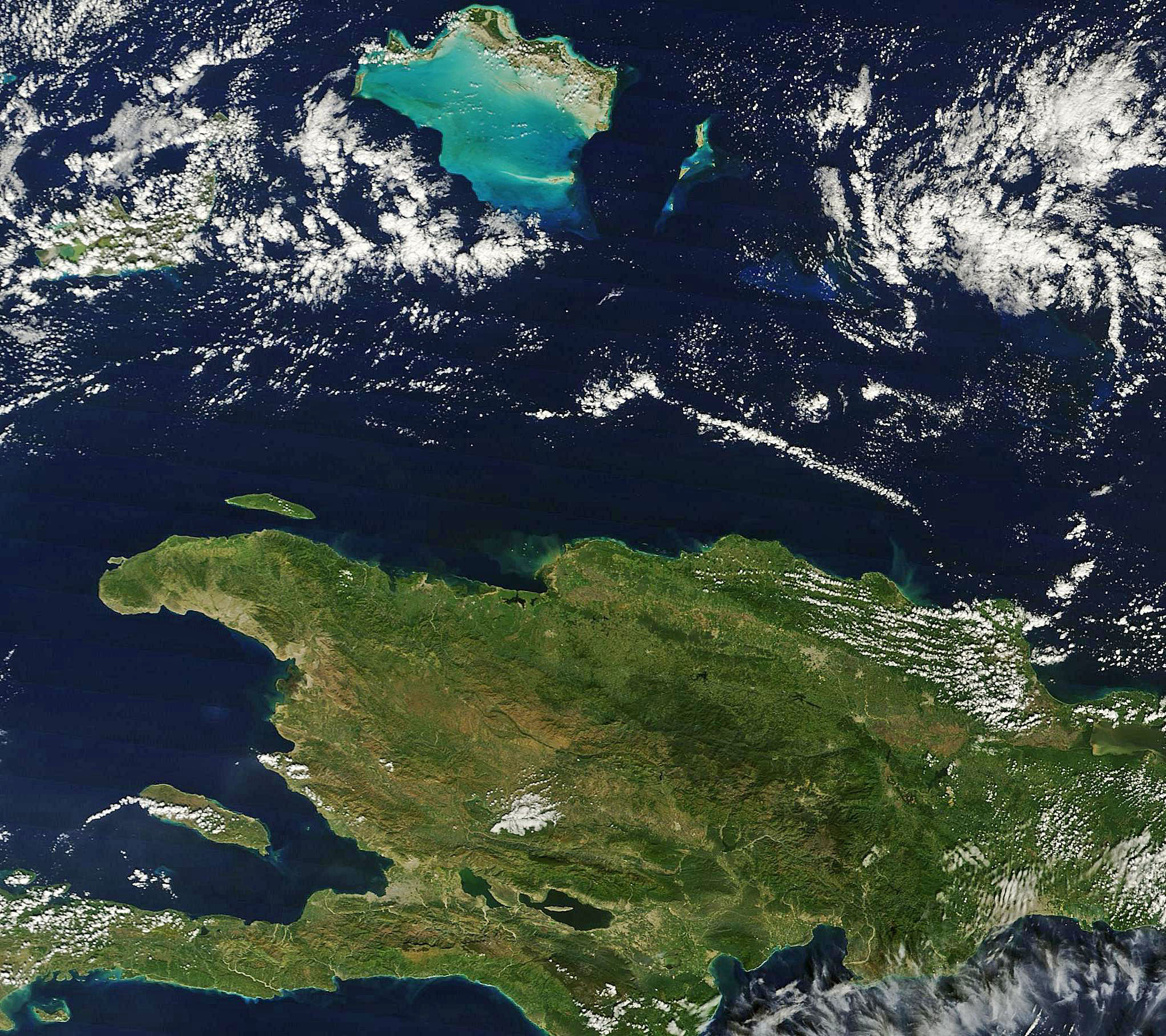 The Caribbean Sea is a tropical sea located in the western Atlantic Ocean between latitudes 9 degrees and 22 degrees North and longitudes 89 degrees and 60 degrees West. Its approximate size is 1,063,000 square miles. It is bordered on the N and E by the West Indies archipelago, on the S by South America, and on the W by the Central American isthmus.

On December 9, 2016, the Moderate Resolution Imaging Spectroradiometer (MODIS) aboard NASA’s Terra satellite captured a striking true-color image of several nations in the Caribbean Sea — Haiti, the Dominican Republic, and the Turks and Caicos Islands.

The large, long island in the lower part of the image is Hispaniola. Encompassing an area of about 29,128 square miles (76,192 square km), the second-largest island in the Caribbean after Cuba. The island is shared by Haiti (west) and the Dominican Republic (east).

North of Haiti and the Dominican Republic lies a cluster of islands known as the Turks and Caicos Islands. Eight of the islands are relatively large, compared to the few dozen smaller islands in the archipelago. All of the low-lying islands sit atop undersea coral pillars, which give the bright blue color to the oceans surrounding the islands.