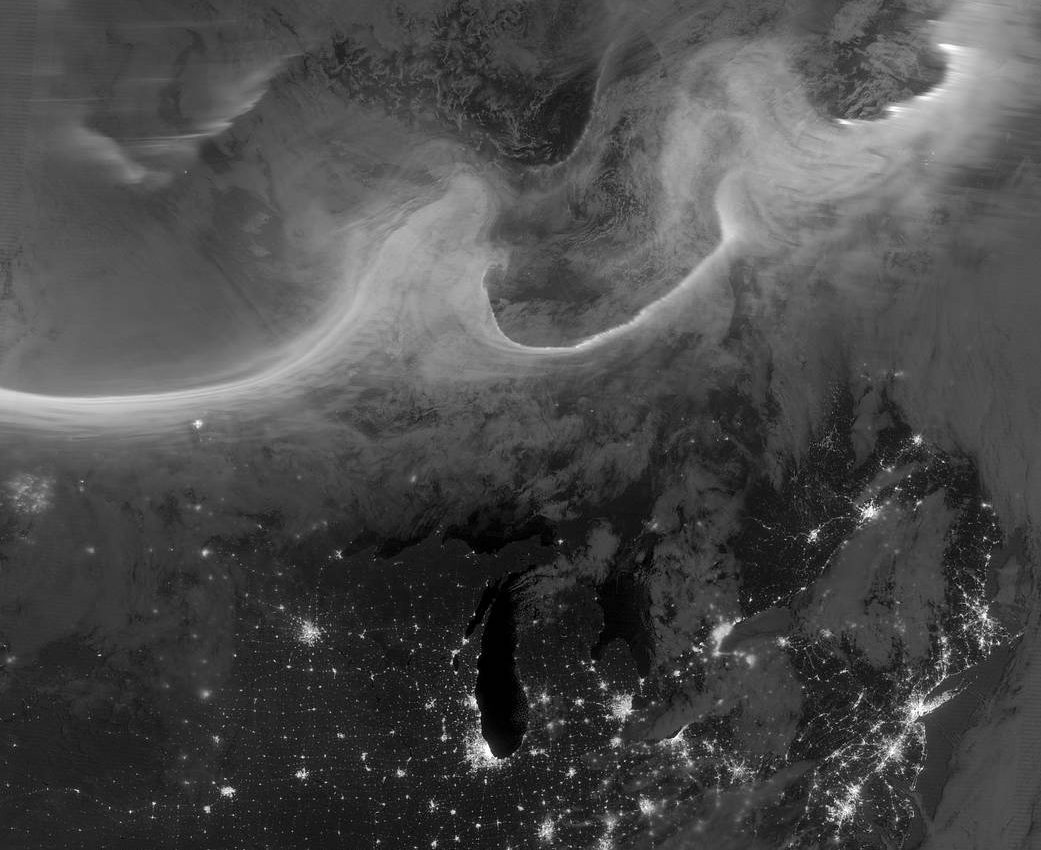 Night-time View of Aurora. Overnight on October 4-5, 2012, a mass of energetic particles from the atmosphere of the Sun were flung out into space. Therefore a phenomenon known as a coronal mass ejection. Three days later, the storm from the Sun stirred up the magnetic field around Earth and produced gorgeous displays of northern lights. Also the NASA satellites track such storms from their origin to their crossing of interplanetary. And space to their arrival in the atmosphere of Earth.

Using the “day-night band” (DNB) of the Visible Infrared Imaging Radiometer Suite (VIIRS). Also the Suomi National Polar-orbiting Partnership (Suomi NPP). Therefore the  satellite acquired this view of the aurora borealis early on the morning of October 8, 2012. The northern lights stretch across Canada’s Quebec and Ontario provinces in the image.

Auroras typically occur when solar flares and coronal mass ejections. And even an active solar wind stream—disturb and distort the magnetosphere. As well as the cocoon of space protected by Earth’s magnetic field. Although collision of solar particles and pressure into our planet’s magnetosphere accelerates particles trapped in the space around Earth. Those particles are sent crashing down into Earth’s upper atmosphere—at altitudes of 100 to 400 kilometers (60 to 250 miles)—where they excite oxygen and nitrogen molecules and release photons of light. The results are rays, sheets, and curtains of dancing light in the sky.