Noirmoutier on the western coast of France • Earth.com 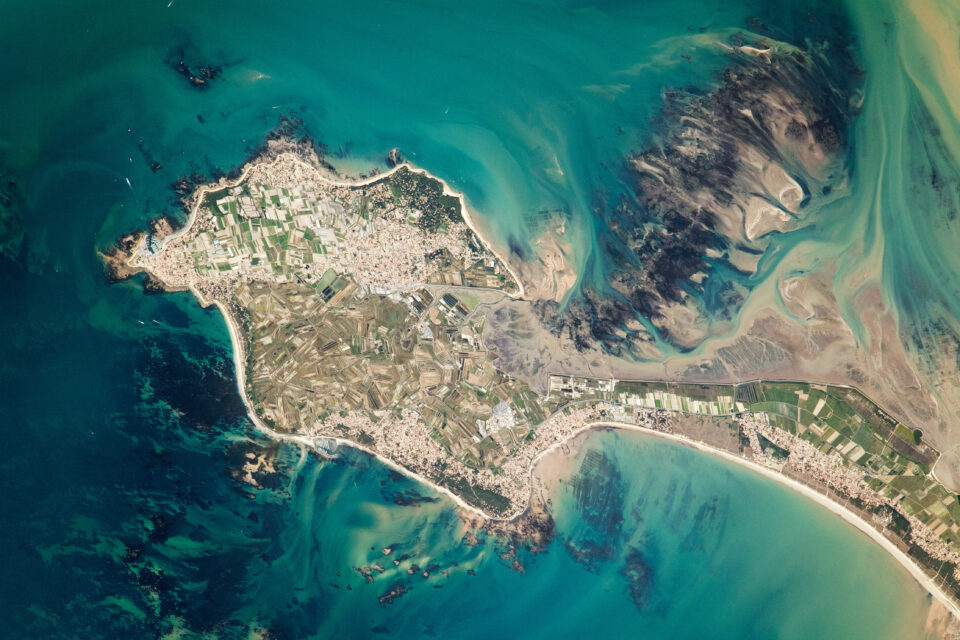 Today’s Image of the Day from NASA Earth Observatory features Noirmoutier, a small tidal island on the western coast of France. The photograph, which was taken by an astronaut onboard the International Space Station (ISS), captures the northwestern portion of the island.

According to NASA, the photo was taken at approximately 1:00 p.m. local time, when the low tide exposes mudflats, salt marshes, and sand dunes.

Noirmoutier is famous for its salt and oysters. In the summer months, the locals collect salt from a series of channels, while oyster farming is widespread in the bay.