The Ob River Valley in Siberia 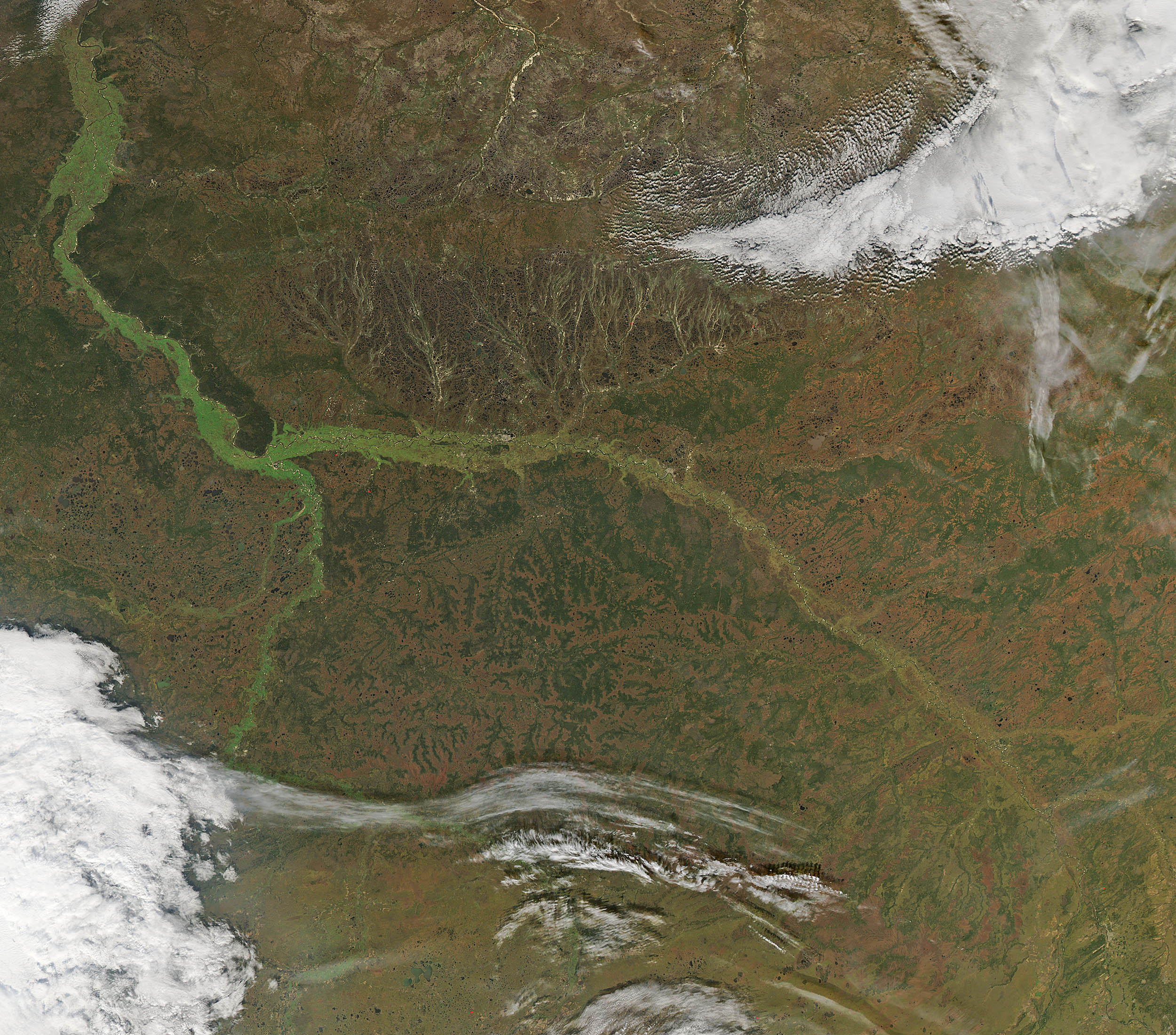 The lush green of the Ob River Valley snakes through the early autumn landscape of Siberia in this true-color image acquired by the Moderate Resolution Imaging Spectroradiometer (MODIS) aboard NASA’s Aqua satellite on September 30, 2016.

The Ob River flows north and westward from its source in the Altai Mountains near the border of Russia and China more than 4000 kilometers (2,485 miles) before ending in the Kara Sea. The Ob is the world’s seventh longest river, winding primarily through the Western Siberian Lowland.

The environmentally rich Ob River Valley includes wetlands, meadows, forests and agricultural land. The broad floodplains lying next to the river channel are particularly rich but are often inundated in the annual melt of the winter’s snow and ice. Roughly fifty species of fish are found in the length of the Ob, including several species of sturgeon. More than 170 species of birds nest in the floodplains, making the river an important area for birdlife. In addition, three large Ramsar Sites are located along the Ob River. A Ramsar Site is a wetland site designated of international importance under the Ramsar Convention, an international environmental treaty established in 1971 by UNESCO.

The Ob River can be seen twisting through light tan land in the southeast section of the image, where smoke from lingering forest fires colors the skies a pale gray. The valley broadens and greens as the Ob flows north and westward. The Irtysh River – the largest tributary to the Ob – flows from the south to meet the Ob River at the town of Khanty-Mansiysk.