The San Francisco Bay area of the United States • Earth.com

The San Francisco Bay area of the United States 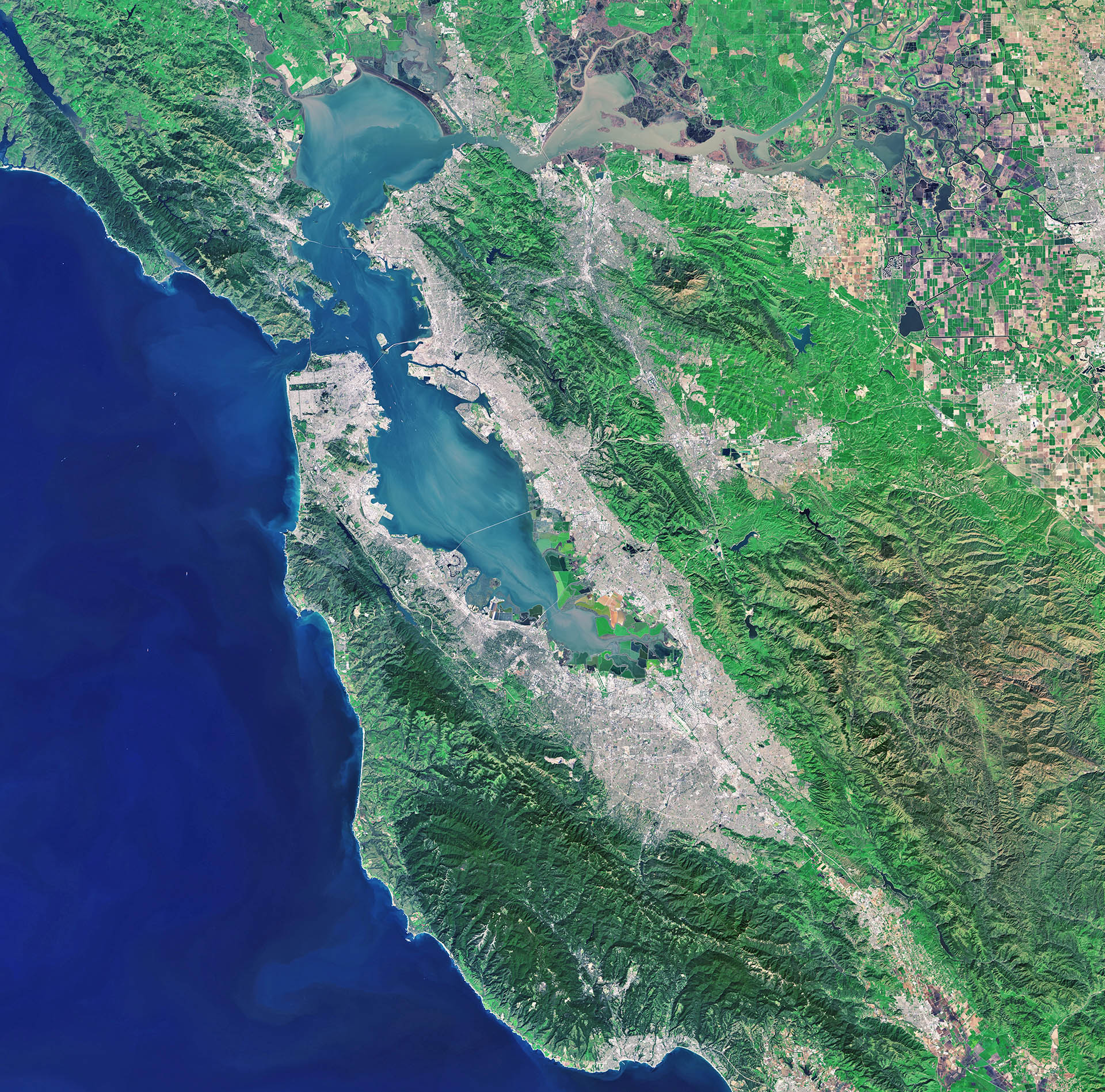 The Landsat-8 satellite captured this image of the San Francisco Bay Area in the US state of California on 5 March 2015.

The city of San Francisco is on a peninsula in the center left section of the image. In the upper-central portion, we can see the delta of the Sacramento and San Joaquin rivers with brown, sediment-filled water flowing down into the larger bay.

Starting in the top-left corner of the image and running diagonally to the south is the San Andreas Fault. This is the border between the North American and the Pacific tectonic plates, and is responsible for the high earthquake risk in the area.

Zooming in, we can see that some basins running along the fault are filled with water. In the extreme upper left, Tomales Bay formed along a submerged part of the fault, with its northern reaches opening onto the Pacific coast (not visible). Near the centre of the image, a number of water reservoirs are situated in the fault, providing water for the public.

Differences in land cover are obvious in this image. Surrounding the Bay we can see densely populated urban areas in white/grey, while forests and park areas appear in shades of green. In the upper-right corner, we can see geometric shapes of large-scale agriculture, with fields in different colours depending on the vegetation type.

Distinguishing between different types of land cover is an important task for Earth-observing satellites, helping us to understand the landscape, map how it is used and monitor changes over time.

On 23 June, the first satellite in the Sentinel-2 mission will be launched, and will provide such information on land cover on a global scale. In addition, it will determine various plant indices such as leaf area chlorophyll and water content indexes. This is particularly important for effective yield prediction and applications related to Earth’s vegetation.

With its multispectral imager and wide swath coverage, the Sentinel-2 mission not only offers continuity, but also expands on the Landsat missions – which provided this image.