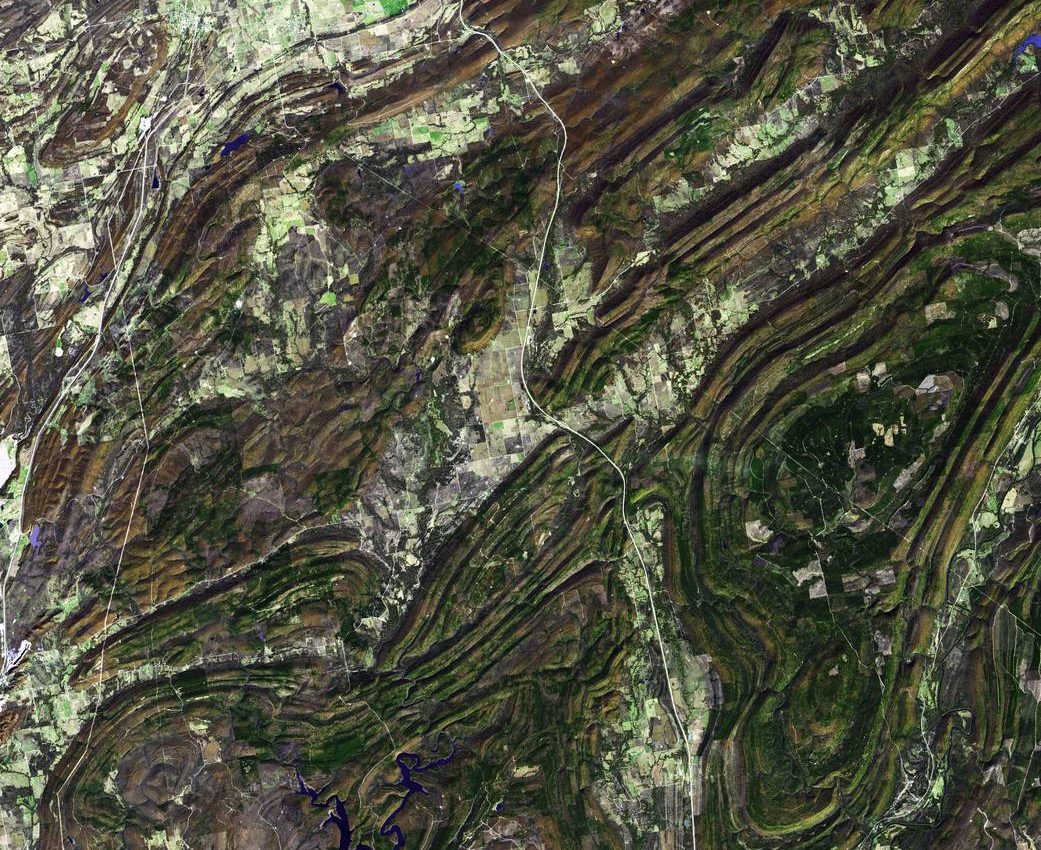 The Ouachita Mountains in southeastern Oklahoma are part of the only major mountain region between the Rockies and the Appalachians. Therefore Ouachitas are fold mountains, formed about 300 million years ago when the South American Plate.

And drifted northward, colliding with the North American Plate. Also the first recorded exploration by Europeans was in 1521 by Hernando de Soto. Forming part of the Louisiana Purchase. Although President Jefferson sent William Dunbar and Dr. George Hunter to explore the area. The image was acquired Nov. 13, 2002, by ASTER. Also one of five Earth-observing instruments launched aboard NASA’s Terra satellite on Dec. 18, 1999.