Phytoplankton bloom in the Mid-Atlantic • Earth.com

Phytoplankton bloom in the Mid-Atlantic 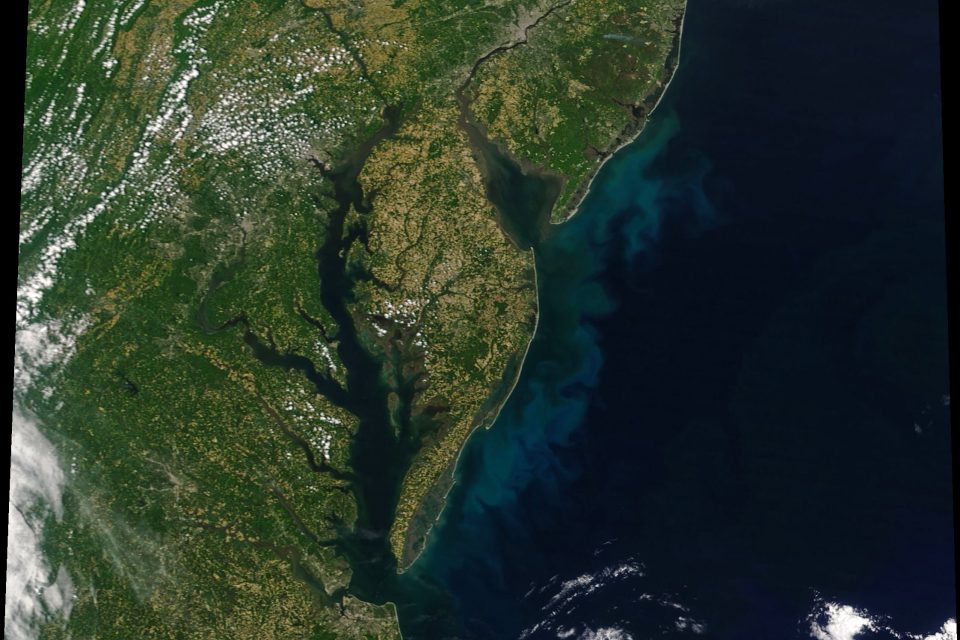 Phytoplankton blooms are fueled by sources such as nutrient runoff from farms and  wastewater treatment plants.

According to NASA, some of the nutrients that fueled the bloom in this image likely came from runoff in the Delaware River watershed. The National Aeronautics and Space Administration is an independent agency of the U.S. federal government responsible for the civilian space program, as well as aeronautics and space research.

“It’s always a challenge to be definitive about what MODIS is picking up in the coastal zone. There are a lot of things that provide color to the coastal ocean, including sediment, chromoporhic dissolved organic matter (CDOM), and phytoplankton,” explained Bob Chant, an oceanographer at Rutgers University.

“But in this case, it sure looks like we are seeing the Delaware River plume, which contains all three of those elements of color, plus enough nutrients to fuel and sustain large blooms.”

Chant explained that winds from the south often drive surface waters offshore due to Earth’s rotation and Ekman Transport. “This often causes nutrient-rich water to well up toward the surface in the summer.”

“The image occurred during a neap tide, a period with more moderate tides when the bay discharges more fresh water and the plume becomes larger.”

The image was captured on May 18, 2021 by the Moderate Resolution Imaging Spectroradiometer (MODIS) on NASA’s Terra satellite.