Port of Manzanillo, Mexico from the International Space Station •

Port of Manzanillo, Mexico from the International Space Station 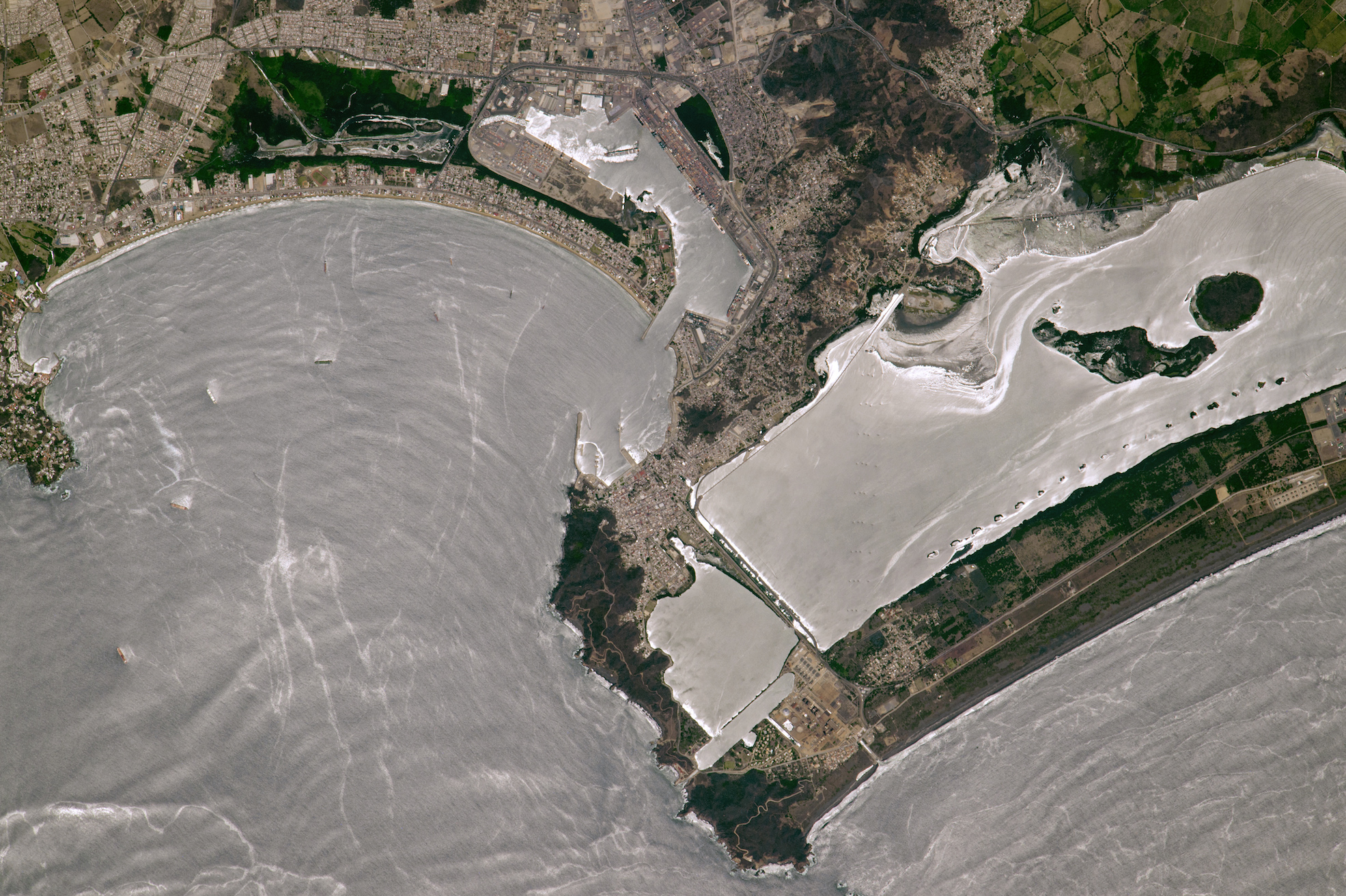 Manzanillo is located about 400 miles west of Mexico City on the Pacific coast. It is Mexico’s busiest port and is protected by seawalls and a sand spit.

The modern port of Manzanillo was established in 1971. Previously, the administration of the port of Manzanillo was problematic. There was a poor relationship between the workers and the previous administration. The government of Mexico created the National Commission for Port Coordination which was in charge of organizing the workers assignments, checking that work was done on time.

Also,they were in charge of obtaining port equipment, in order to increase handling speeds in the port. Over the last 40 years, the Port of Manzanillo has improved, increasing the productivity and has made the delivery process faster and more efficient.

The port of Manzanillo is located in the state of Colima on the west coast of Mexico. Nowadays, the port is one of the most secure in Mexico. According to the Mexican Secretariat of Economy, the port has attracted the most foreign and domestic private investment in the country.

The port of Manzanillo is the principal entrance for the handling of imports destined for of the center of the country. On the west coast, this port is considered as the main entrance of container shipping. On July 5, 2016, the full port administration of Manzanillo received the shippings award, given by the Federal Counsel for Environmental Protection. This award is the first one that the Award Council gave to a Mexican port