Rainfall transforms the landscape of Namibia 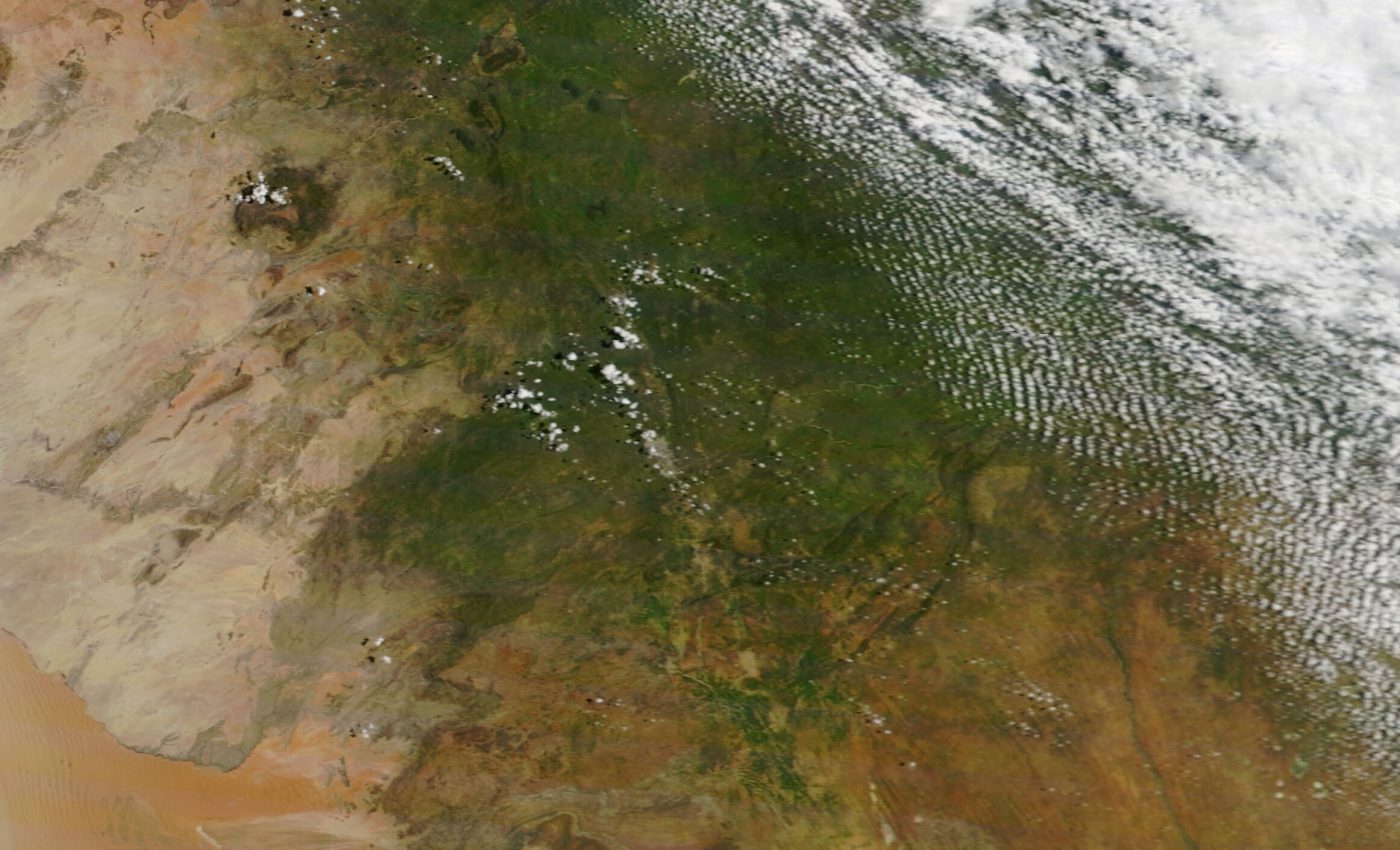 This year’s rainy season has brought an abundance of precipitation to the area. In January alone, rainfall totals were up to three times as high as usual in northeastern, central, and southern parts of Namibia. According to NASA, the wet season rainfall totals are the highest since 2010 and 2011.

The heavy rainfall has been a blessing to farmers in the region, and has filled many reservoirs behind the country’s dams. At the same time, overflowing rivers and flash floods were problematic throughout much of January.

“It has been a good year for sure, even across into Botswana and South Africa,” wrote Frank Eckardt, a researcher at the University of Cape Town. “We had similar good rains in 2000 and 2011. There is a periodicity to it, which is essential for replenishing surface and groundwater storage. It will also provide much grazing for livestock and, later, biomass for burning. By April the rains will be gone.” The image was captured by the Moderate Resolution Imaging Spectroradiometer (MODIS) on NASA’s Terra satellite.