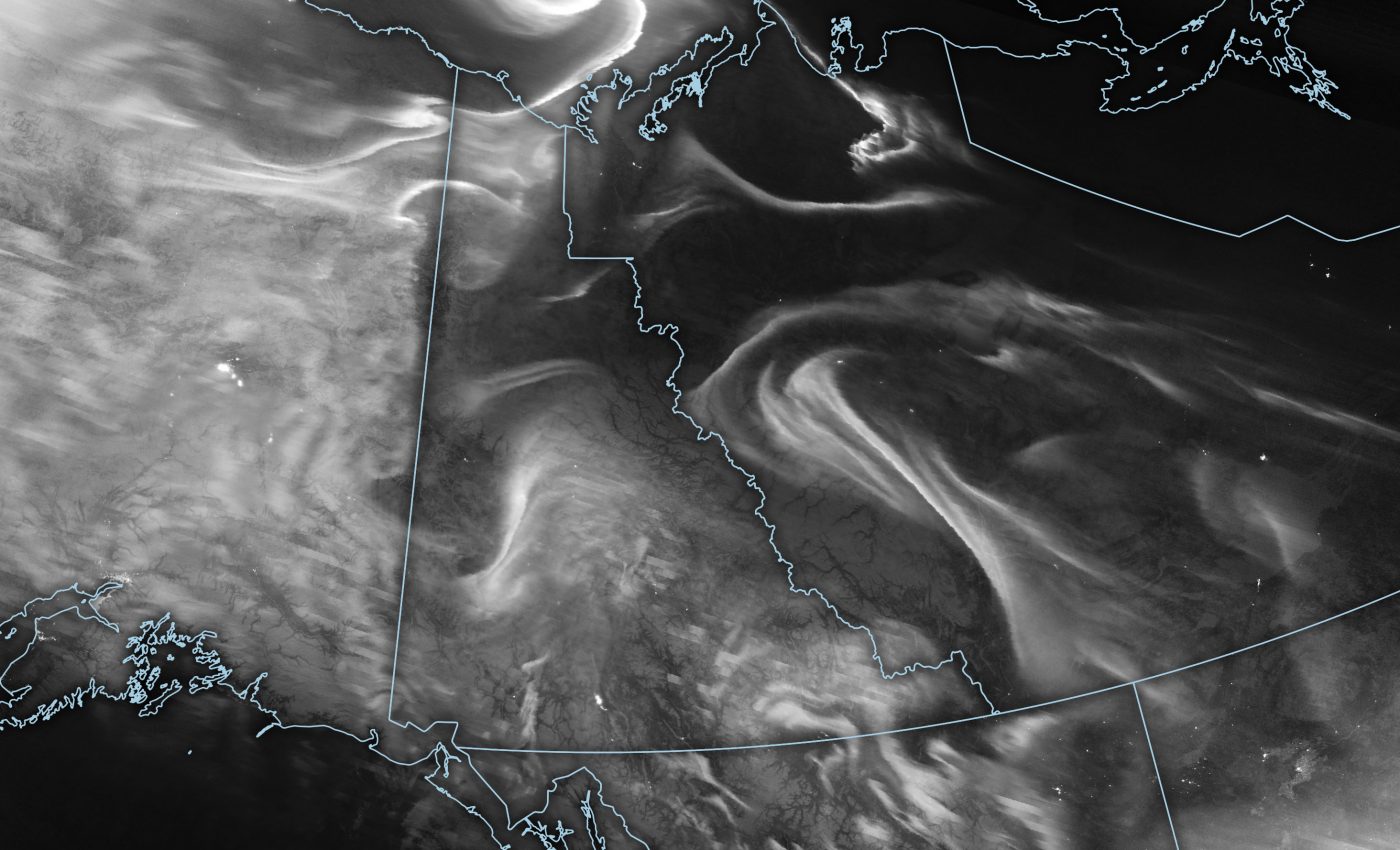 Stunning aurora over Alaska Today’s Image of the Day from NASA Earth Observatory features a strikingly beautiful light display in the night sky over Alaska and western Canada.

In early February, auroras were visible in the middle latitudes of Scotland, Canada, Scandinavia, and the United States. The auroras appeared exceptionally bright as the moon was in its last quarter phase when it is dim.

According to a report by space weather forecaster Tamitha Kov, the aurora in this particular photo was caused by a coronal hole that rotated into Earth’s strike zone.

The image was captured on February 7, 2021 over by the Visible Infrared Imaging Radiometer Suite (VIIRS) on the Suomi NPP satellite. Stunning aurora over Alaska and Alaska was occupied by various indigenous peoples for thousands of years before the arrival of Europeans. The state is considered the entry point for the settlement of North America by way of the Bering land bridge.

Alaska is a U.S. state on the northwest extremity of the country’s West Coast, just across the Bering Strait. A semi-exclave of the U.S., it borders the Canadian province of British Columbia and territory of Yukon to the east and southeast and has a maritime border with Russia’s Chukotka Autonomous Okrug to the west. To the north are the Chukchi and Beaufort seas of the Arctic Ocean, while the Pacific Ocean lies to the south and southwest.more than quadruple the combined populations of Northern Canada and Greenland. Approximately half of Alaska’s residents live within the Anchorage metropolitan area. The state capital of Juneau is the second-largest city in the United States by area, comprising more territory than the states of Rhode Island and Delaware.