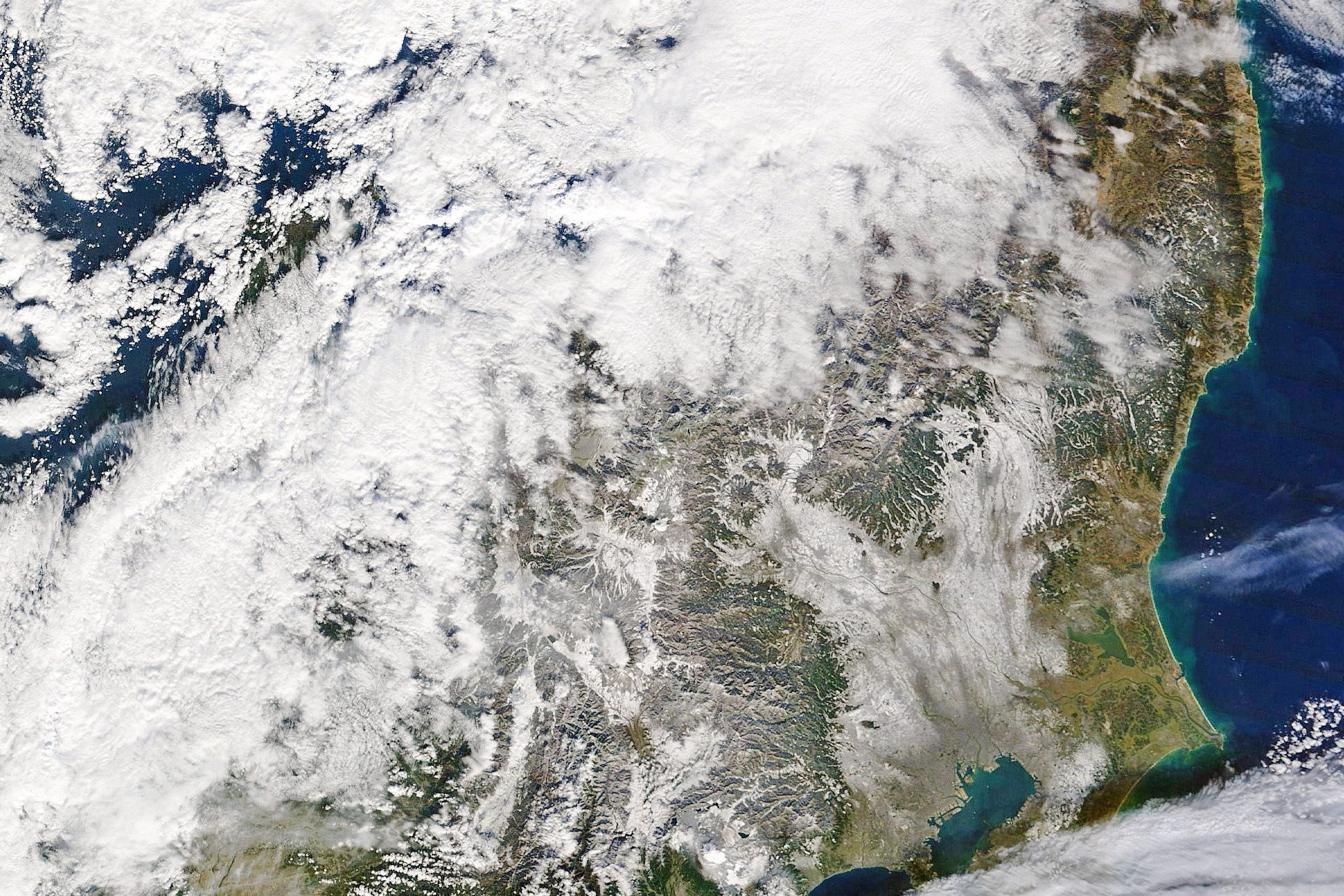 On November 24, 2016, Tokyo received its first November snowfall in more than half a century. The Moderate Resolution Imaging Spectroradiometer (MODIS) on NASA’s Terra satellite captured this natural-color image the same day. The snow in Tokyo fell in and around the Japanese capital, coating the metropolitan area and accumulating along some sidewalks. 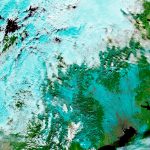 The second, false-color image from Terra shows a stark contrast between snow (blue) and clouds (white). The snow traces the contours of surrounding mountains and is distinguishable from clouds offshore. Central Tokyo is gray-brown in color, suggesting less accumulation or faster melting. Urban centers tend to shed snow faster than surrounding countryside because they are often hotter, a result of the urban heat island effect.

The November dusting was caused by a cold air mass moving down from the Arctic, according to the Japan Meteorological Agency. Meteorologists connected the storm to the Arctic oscillation, a climate pattern that affects the northern hemisphere. Usually, high air pressure in the mid-latitudes prevents colder, low-pressure air seeping down from the Arctic. However, weaker pressure systems occasionally disrupt this barrier, and colder air can penetrate further south, as in this case.