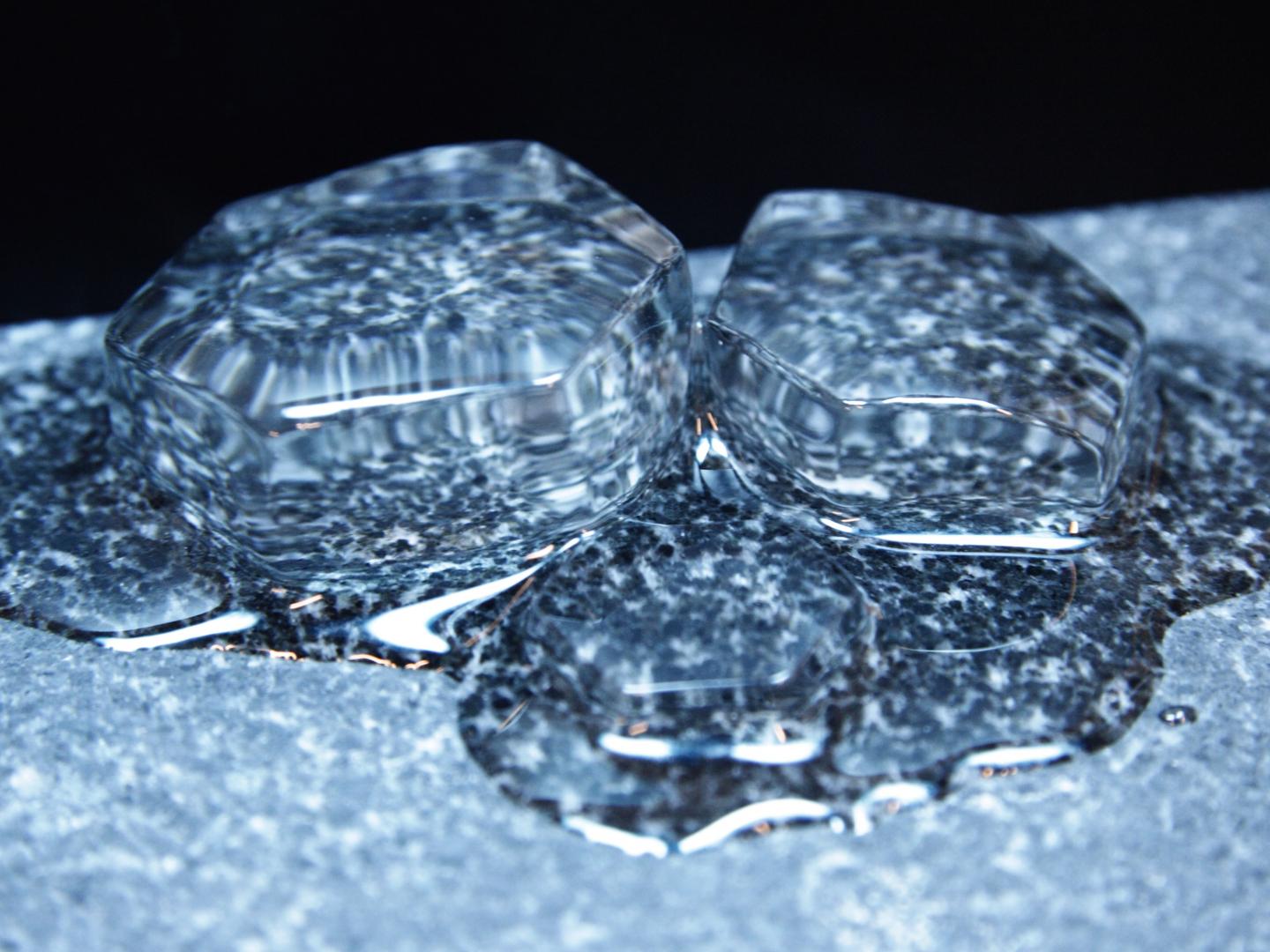 Even well below freezing temperature, there exists a thin layer of water that sits on the surface of ice that makes it slippery. Because this layer only measures up to 45 nm, it has been challenging for scientists to study its processes.

But researchers at the Max Planck Institute for Polymer Research has successfully studied the properties of this layer and published their findings in the latest edition of Proceedings of the National Academy of Science.

The team discovered that water melts in a layer-by-layer fashion. This contradicts the previously held notion that melting is a continuous process.

Said co-author Mischa Bonn, “A further important question for us was, whether one could distinguish between the properties of the quasi-liquid layer and those of normal water.”

The team found that the surface liquid layer showed a different spectroscopic response than cooled water at the same temperature. In the surface layer, the water molecules interact more strongly than in liquid water.