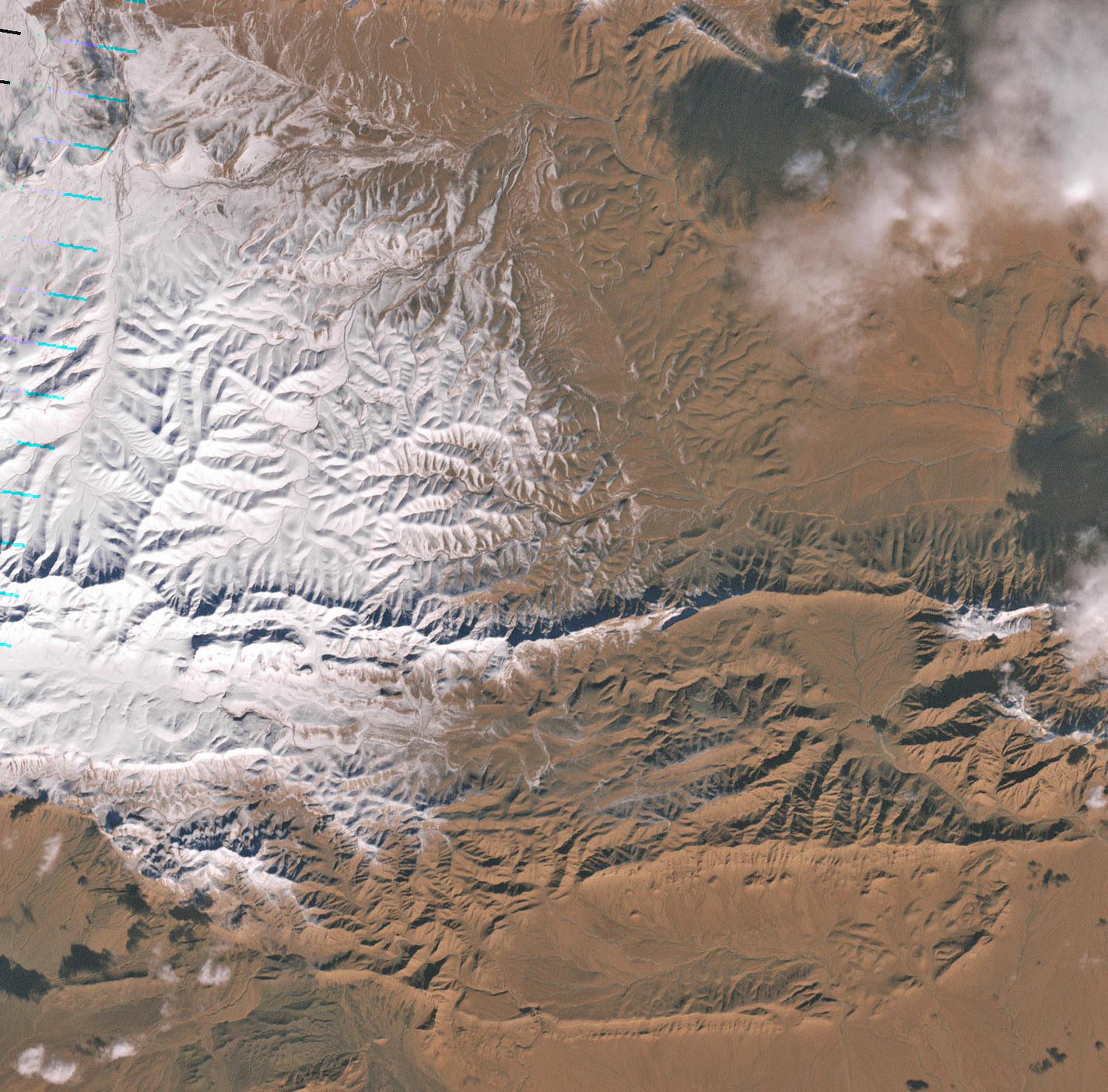 Most people don’t think of snow when they think of Africa. But in fact, it does snow in Africa at high elevations, and most recently in a town called Ain Sefra. Mount Kilimanjaro has long been covered with snow and ice, though global warming is causing that to rapidly disappear. Skiers travel for natural and manufactured snow in the Atlas Mountains of Morocco and Algeria, as well as a few spots in South Africa and Lesotho.

Despite that, snow on the edge of the Sahara Desert is rare. On December 19, 2016, snow fell on the Algerian town of Ain Sefra, which is sometimes referred to as the “gateway to the desert.” The town of roughly 35,000 people sits between the Atlas Mountains and the northern edge of the Sahara. The last recorded snowfall in Ain Sefra occurred in February 1979.

The snow fell in a region where summertime temperatures average 37°Celsius (99°Fahrenheit), though wintertime temperatures have been known to get down into the single digits Celsius (30s Fahrenheit). Such moisture is as rare as the cool temperatures, given that just a few centimeters (inches) of precipitation fall here in an entire year.

The Enhanced Thematic Mapper Plus (ETM+) on the Landsat 7 satellite acquired a natural-color image (above) of snow in North Africa on December 19, 2016. The scene shows an area near the border of Morocco and Algeria, south of the city of Bouarfa and southwest of Ain Sefra.

Though news accounts have been dominated by the snow in the desert city, a review of several years of satellite data suggests that snow is also unusual in this section of the Saharan Atlas range. The images below show December observations made over the past four years by the Moderate Resolution Imaging Spectroradiometer (MODIS) instruments on NASA’s Aqua and Terra satellites. 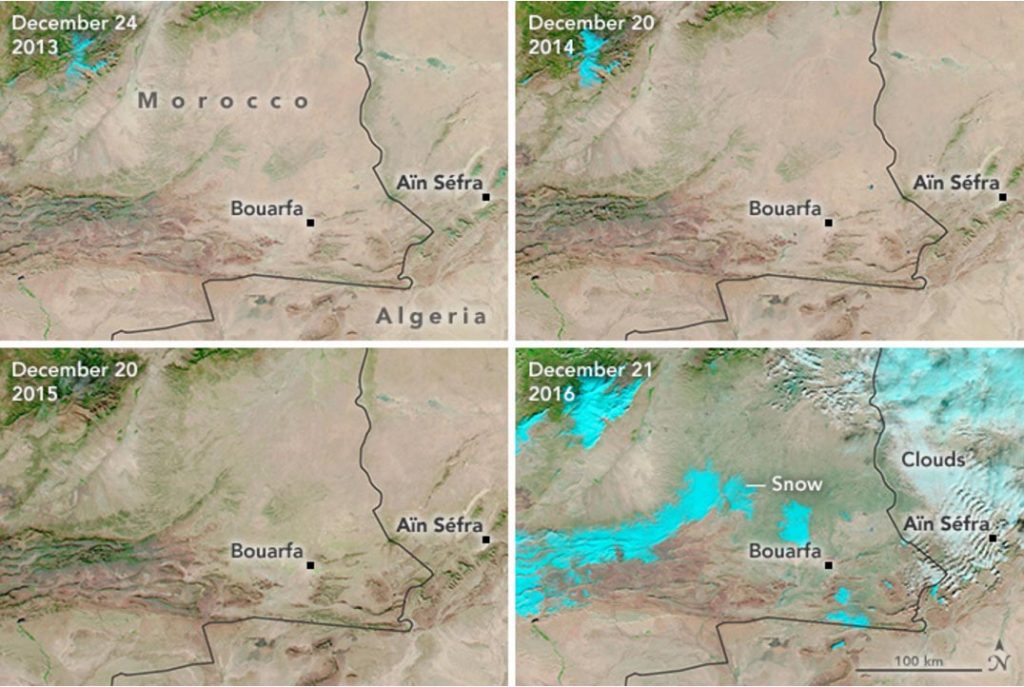 The false-color images blend infrared, shortwave infrared, and visible red wavelengths, and snow shows up as a bright blue-green color.