River colors are changing across the United States • Earth.com 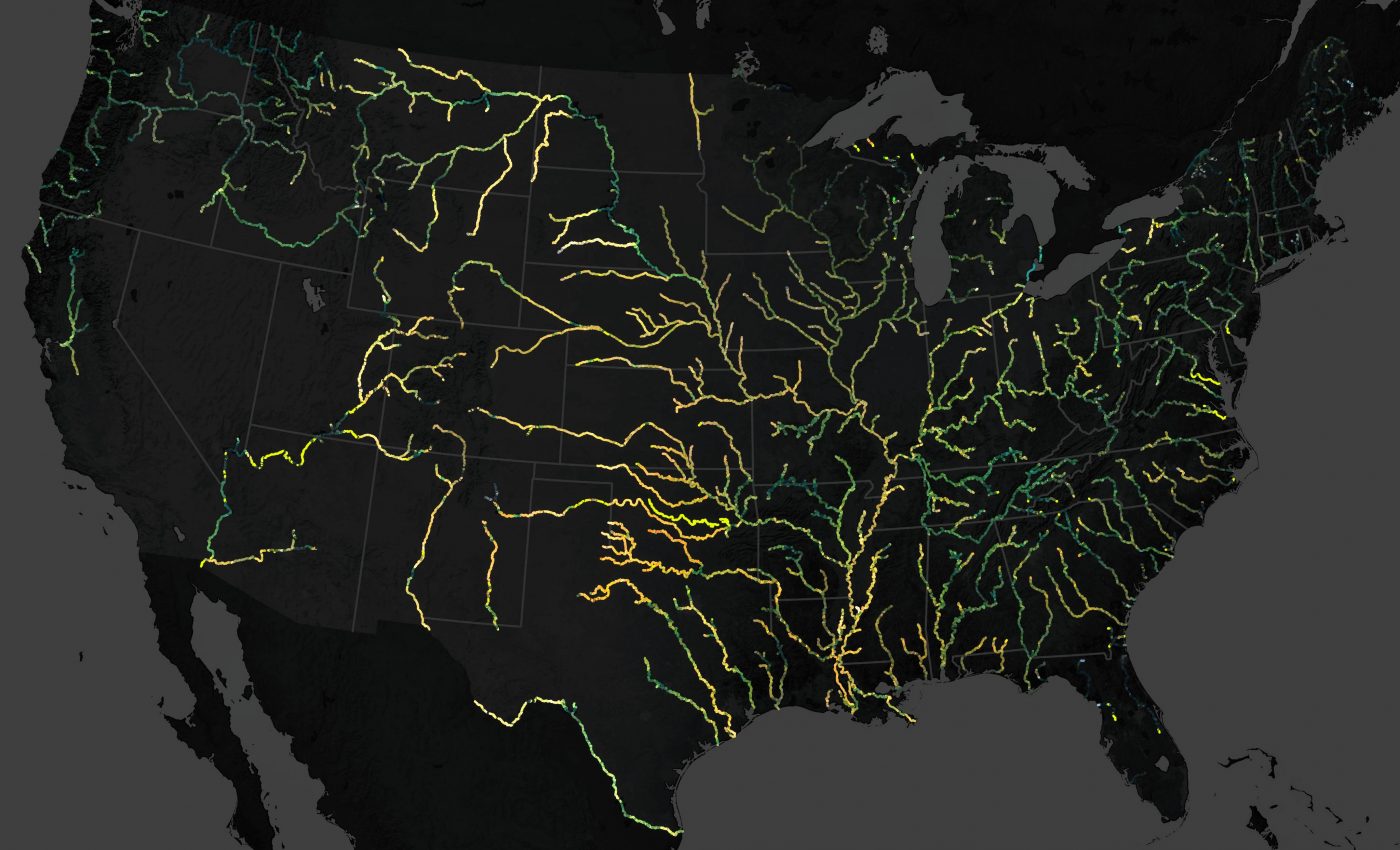 Today’s Image of the Day from NASA Earth Observatory maps the colors of large rivers across the United States. A new study has found that the dominant color has changed in about one-third of these rivers over the past 35 years.

“Changes in river color serve as a first pass that tell us something is going on nearby. There are a lot of details to parse out on what is causing those changes, though,” explained study lead author John Gardner, who is a hydrologist at the University of Pittsburgh.

The scientists used 234,727 images collected by Landsat satellites between 1984 and 2018 to construct the first map of river color in the United States. The colors are similar to how they would appear to the naked eye.

According to Gardner, it is not unusual for rivers to change colors. These changes occur as a result of fluctuations in flow, concentrations of sediments, and the amount of dissolved organic matter or algae in the water.

“We are seeing an increase in the frequency of color changes,” said Gardner. The analysis revealed that around 21 percent of rivers became greener, most commonly in the western United States, while around 12 percent of the rivers shifted toward yellow, primarily in the eastern United States.

The most extreme examples were often found to be located near man-made reservoirs. Gardner also noticed that algal blooms have become more frequent in rivers.

“Our findings do not indicate if the color changes are good or bad in terms of water quality, but we showed that we can detect some trends,” said Gardner. “The next step is to investigate what humans are doing to cause those changes and whether it’s an improvement or degradation.”