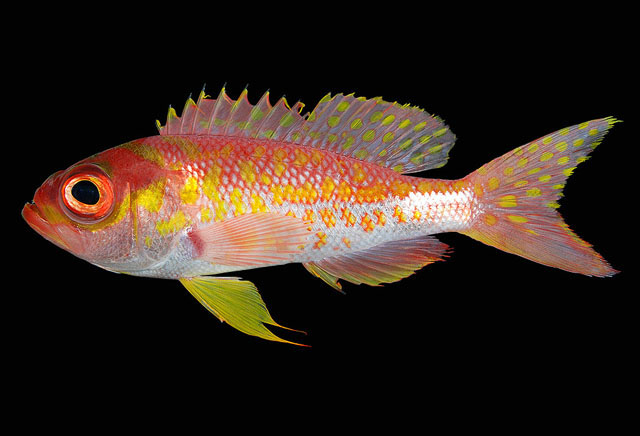 Roughtongue bass are common members of the deep reef fish community throughout the Gulf of Mexico and southeastern Atlantic coast of the U.S.

The rough-tongue bass, is one of the nicest rare reef fish that can be found in American waters.

With a distribution spanning most of the Caribbean including the Gulf of Mexico.

Also the rough-tongue bass is actually one of the most common fish found at a depth between 200 to 400 feet at some reef ledge sites.

Therefore we hardly ever see in the aquarium trade, global or otherwise, but as usual we can count on.

Diver’s Den to go where the typical fish store won’t.