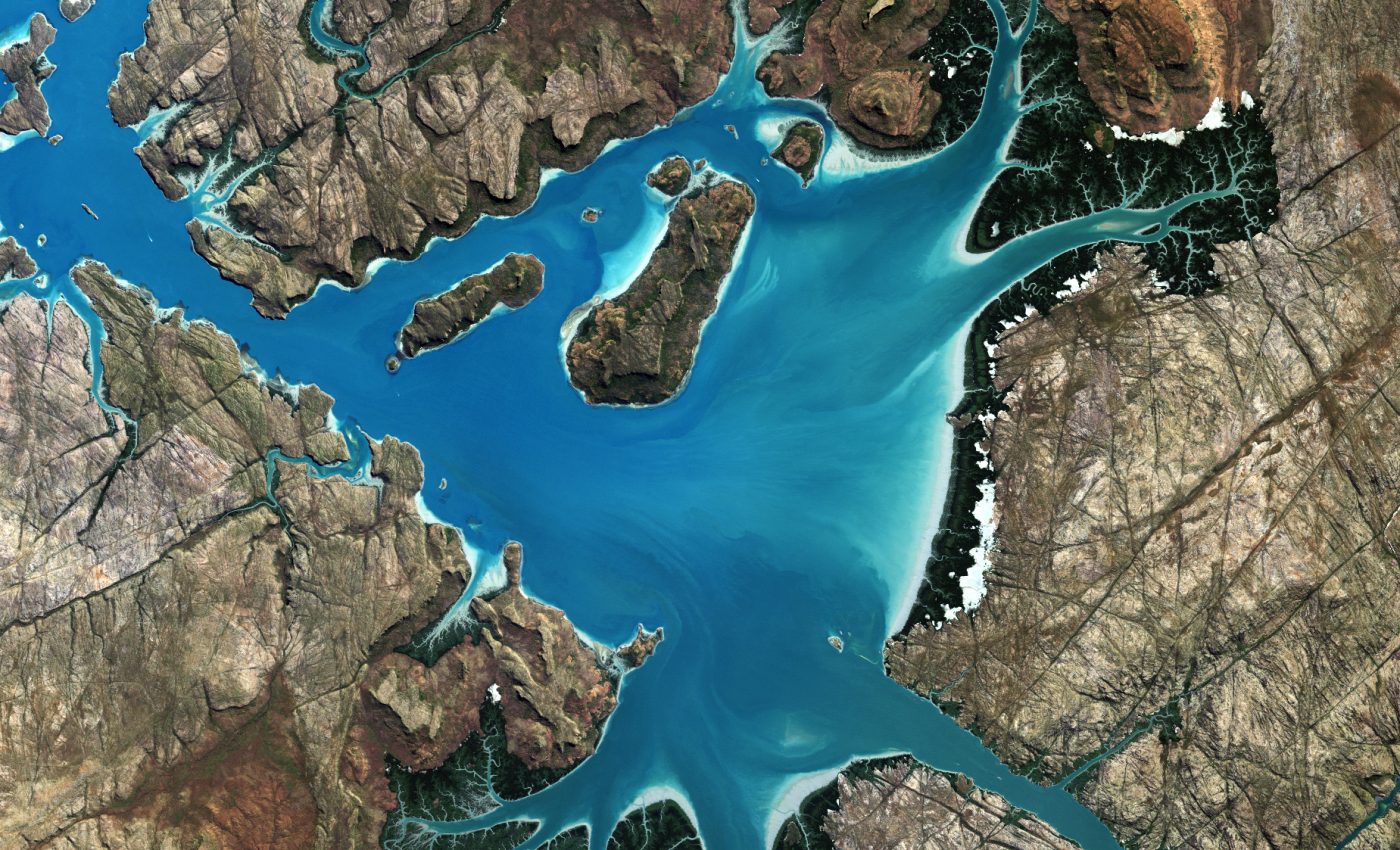 Located in the Kimberley region, the basin is surrounded by steep cliffs, tidal mud flats, and mangroves.

The image was captured in June of 2009 by the Japanese Advanced Land Observation Satellite.

As at the 2016 census, the population of St Georges Basin was 2,913. James Cook in the Endeavour sailed north past our part of the NSW coast in April of 1770. On the 21st he saw and named Mount and Cape Dromedary, and Batemans Bay, on the 22nd Point Upright and Pigeon House. On the 23rd (St Georges Day) he saw and named Cape St George although he doesn’t mention it in his journal until the 24th. On the 25th he noted a bay (later to be called Jervis Bay) “sheltered from NE winds” but did not enter it and did not name it. However, he did name Long Nose (at the northern side of the entrance to the Bay) on this day. By the 29th the Endeavour was at Kurnell at the entrance to Botany Bay.