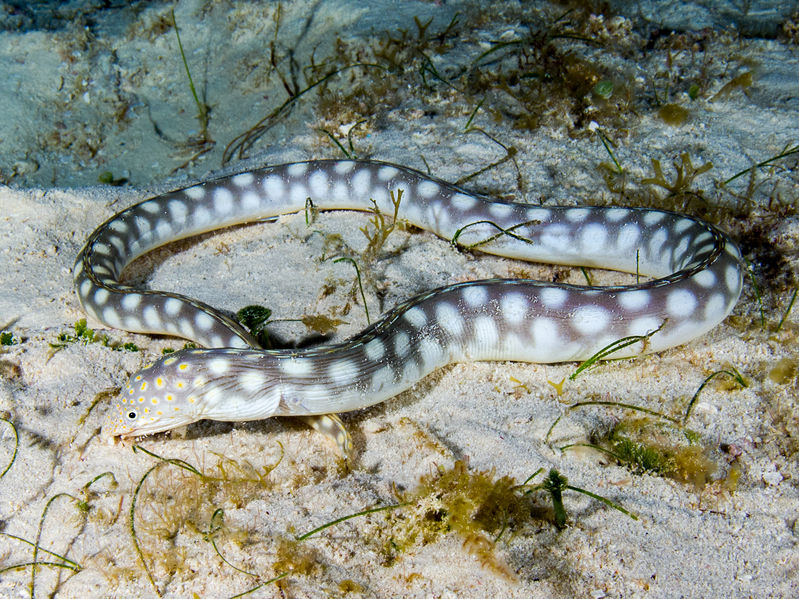 A sharptail eel is shown here from the Sandwich Reef at the Savannah Scarp.  It also has diffuse, yellow spots on a blueish-gray back and white belly.

Also Divers often mistake a Sharptail for sea snake because of their similar “snaky” appearance. Usually, sharptail eels are not afraid of divers and will allow you to approach slowly.

There is a simple way to distinguish between the two: the tails! Sharptail eels (and other snake eels) have sharply pointed tails, hence the name! They also have very prominent nostrils on their face