Snow across the Alps 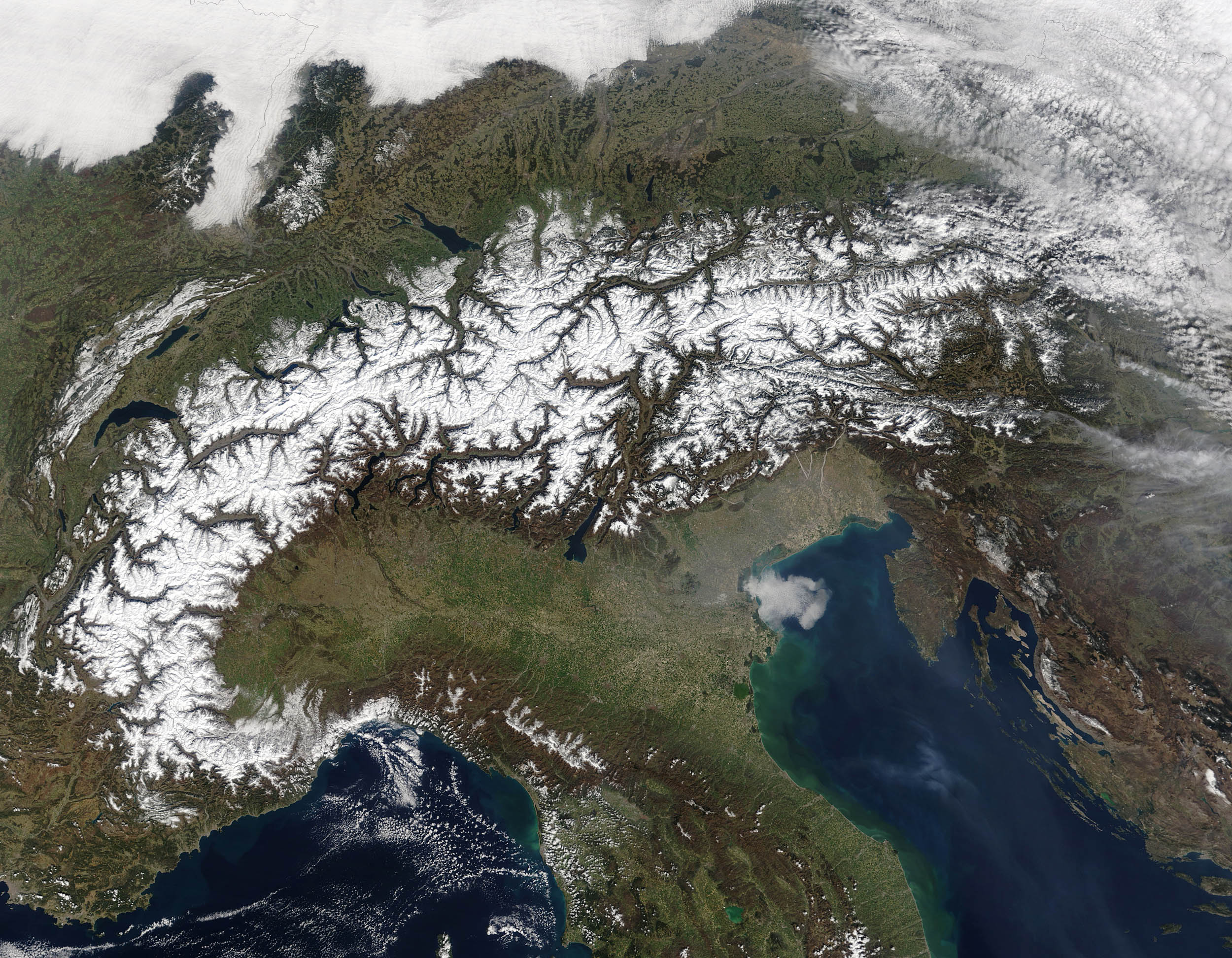 Snow across the Alps Late winter storms dropped a fresh coating of snow across the Alps in mid-March 2016. The fresh powder was a welcome sight for skiers and the many resorts that cater to them. Though spring sunshine is growing more abundant, temperatures on the upper slopes have remained low enough to preserve the snow cover.

The Moderate Resolution Imaging Spectroradiometer (MODIS) on NASA’s Terra satellite acquired this nearly cloud-free, true-color image of the Alps on March 19, 2016. The mountain range stretches 1200 kilometers (750 miles) across eight countries, and it is the longest mountain chain situated entirely within Europe. The Alps include more than a hundred peaks higher than 4000 meters (13,000 feet).

Across the Alps, snow cover was late to arrive in the winter of 2015-16. Some early November snowfall—the usual start of the season—was followed by weeks of above-average temperatures. Many locations did not see substantial snow until after New Year’ Day. Weather patterns grew more seasonable in January and February, and a heavy March snowfall—40 to 100 centimeters (15 to 40 inches) in some areas—gave hope to the skiing tourist industry. Also Snow across the Alps

This season, as well as 2014-15, fit with the long-term trend in the European Alps. For much of the 20th century, snow cover increased slightly or held steady. But in the 1980s and 90s, average winter snow cover started to decrease, and winter rainfall increased at lower altitudes. That trend has continued in the 21st century. Though the average area covered by snow in any given winter has not changed much, the depth and the duration of snow cover has decreased, particularly in the southeastern and southwestern mountains and in areas below 2000 meters altitude.