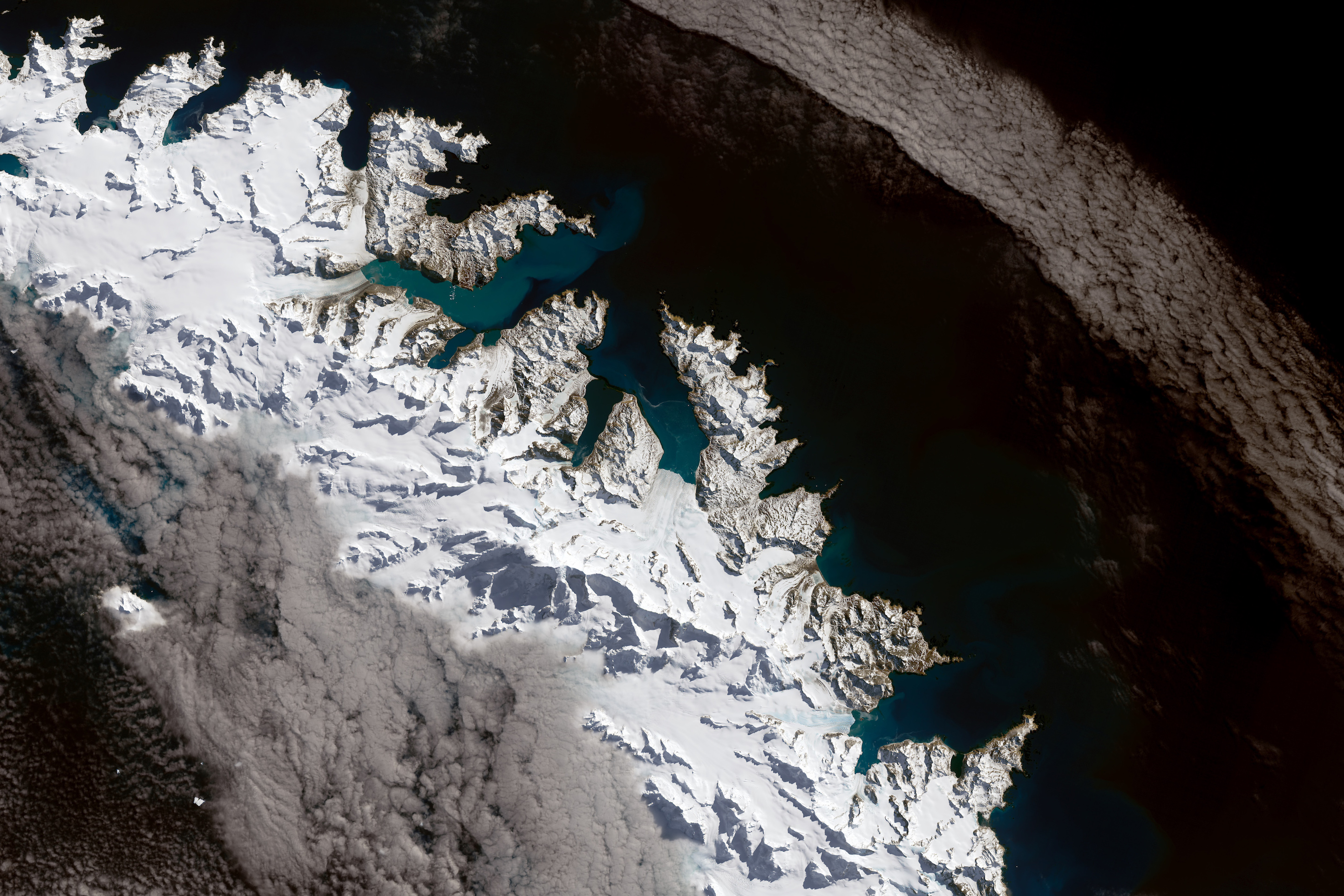 Today’s Image of the Day comes from the southern Atlantic Ocean and features a breathtaking overhead view of South Georgia Island. The photo was captured by the Operational Land Imager (OLI) on the Landsat 8 satellite and comes courtesy of the NASA Earth Observatory.

Though this particular region is most often covered by clouds, this image was captured on a rare clear day and reveals several glaciers in retreat. The Neumayer Glacier, for example, has retreated 2.5 miles in the past 16 years. Neumayer is a tidewater glacier which is a valley glacier that flows all the way down into the ocean.

“The glacier is on the verge of separation into two main tributaries,” wrote glaciologist Mauri Pelto. “This will enhance calving from the glacier, and promote additional mass loss and retreat. This retreat will impact Konig Glacier to the north, which is connected to the Neumayer Glacier.”

South Georgia Island has been a British territory ever since 1775. The island measures 103 miles in length and 1 to 22 miles in width. While there is no permanent human population on the island, teams of scientists from the British Atlantic Survey regularly visit for research purposes.

The island is home to many species of sea birds including king penguins, albatross, macaroni penguins, petrels, shags, prions, and gulls. Although there are no native mammals, seals often hang out on the island and whales can be seen in the surrounding waters.