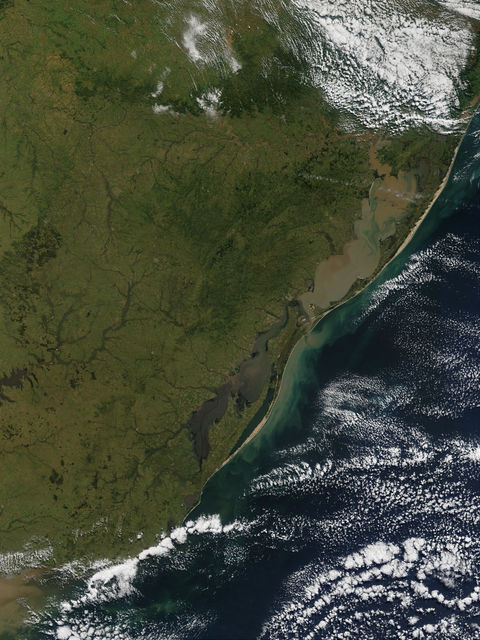 Fires have been marked with red dots. The dark green peninsular arm of Argentina is the Misiones province, which contains a mostly intact remnant of the extremely endangered Atlantic Rainforest ecosystem.

The widespread nature of the fires and their location. (generally located in areas of low vegetation (tan and light green) Therefore it suggests that these fires are being set intentionally for agricultural purposes. Though not necessarily immediately hazardous. Also such large-scale burning can have a strong impact on weather, climate, human health, and natural resources.

Also Southern Brazil is a whole area  smaller than that of the state of Minas Gerais, in Southeast Brazil, for example. It is a great tourist, economic and cultural pole. It borders Uruguay, Argentina, and Paraguay as well as the Centre-West Region, the Southeast Region and the Atlantic Ocean. The region is considered the safest in Brazil to visit, having a lower crime rate than other regions in the country.