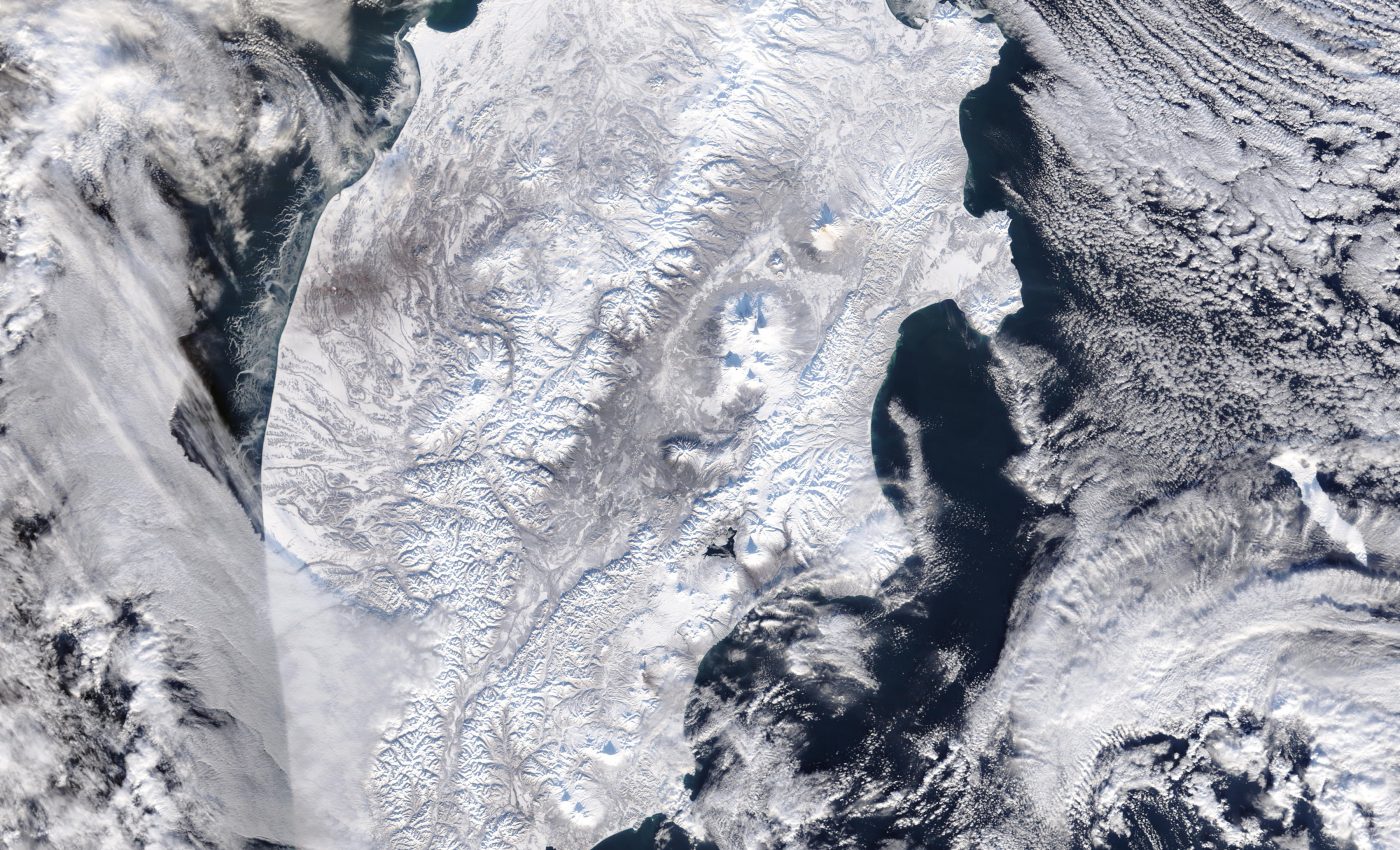 On March 11, 2004, Kamchatka Peninsula, Eastern Russia the Moderate Resolution Imaging Spectroradiometer (MODIS) on NASA’s Aqua satellite captured this image of the snow-covered Kamchatka Peninsula in Eastern Russia. Kamchatka is one of the most active areas on the Pacific Ring of Fire, a line of volcanoes and seismically active regions around the Pacific Ocean. There are over 100 volcanoes on Kamchatka, and some are currently active. The snow traces out the contour of the landscape, highlighting the locations of the volcanoes. Like a string of pearls, the volcanoes form a line of circles down the east coast of the peninsula. To the west of the peninsula, chunks of sea ice float in the Sea of Okhotsk. The Bering Sea on the east side of Kamchatka appears to be free of ice.

Therefore the Far Eastern Federal District shares land borders with Mongolia, the People’s Republic of China and the Democratic People’s Republic of Korea to its south, and shares maritime borders with Japan to its southeast and with the United States to its northeast. Although geographically part of Siberia, the Russian Far East is categorized separately from the Siberian Federal District to its west in Russian geographical schemes.