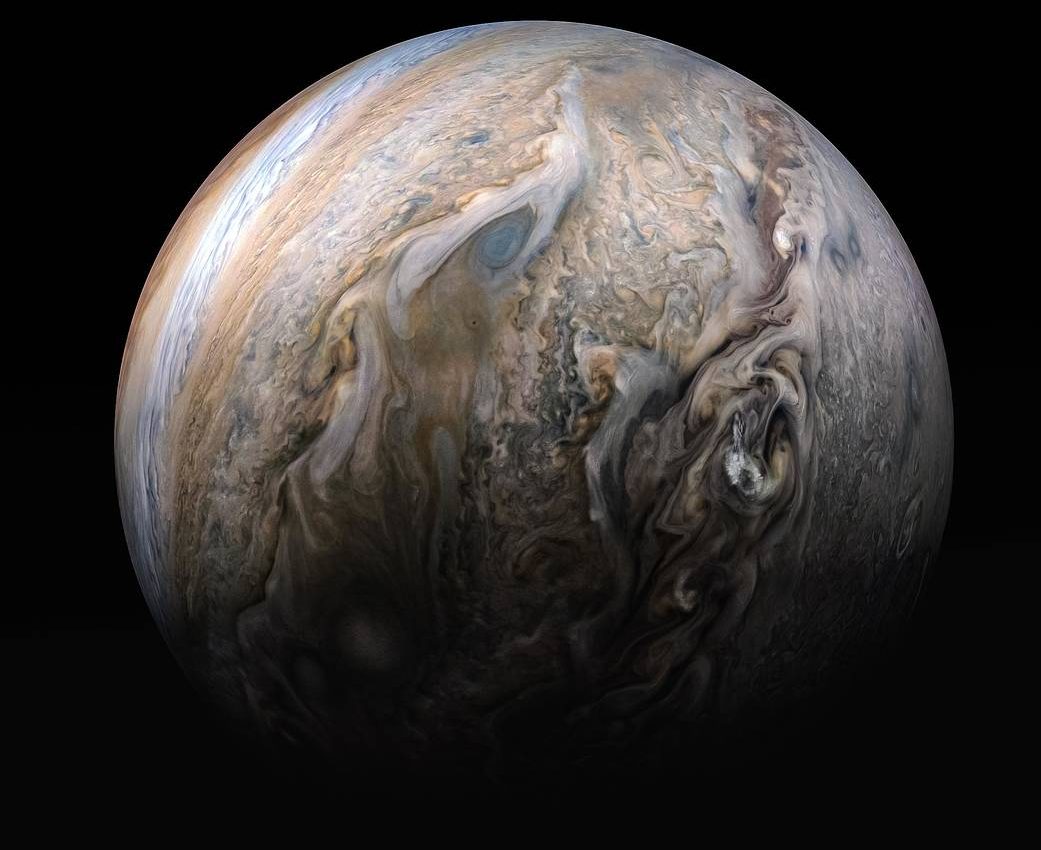 Storm clouds over Jupiter Today’s Image of the Day from NASA shows bright white clouds popping up over the stormy northern hemisphere of Jupiter.

The photo was produced using four different images that were captured by NASA’s Juno spacecraft as it passed within thousands of miles of the high-altitude clouds. Storm clouds over Jupiter shown above in image shows the white clouds surrounding.

Citizen scientist Kevin M. Gill used data from the spacecraft’s JunoCam imager to create this color-enhanced view of the planet.

Jupiter is the fifth planet from the Sun and the largest in the Solar System. It is a gas giant with a mass one-thousandth that of the Sun, but two-and-a-half times that of all the other planets in the Solar System combined. Jupiter is one of the brightest objects visible to the naked eye in the night sky, and has been known to ancient civilizations since before recorded history. It is named after the Roman god Jupiter. When viewed from Earth, Jupiter can be bright enough for its reflected light to cast shadows, and is on average the third-brightest natural object in the night sky after the Moon and Venus.