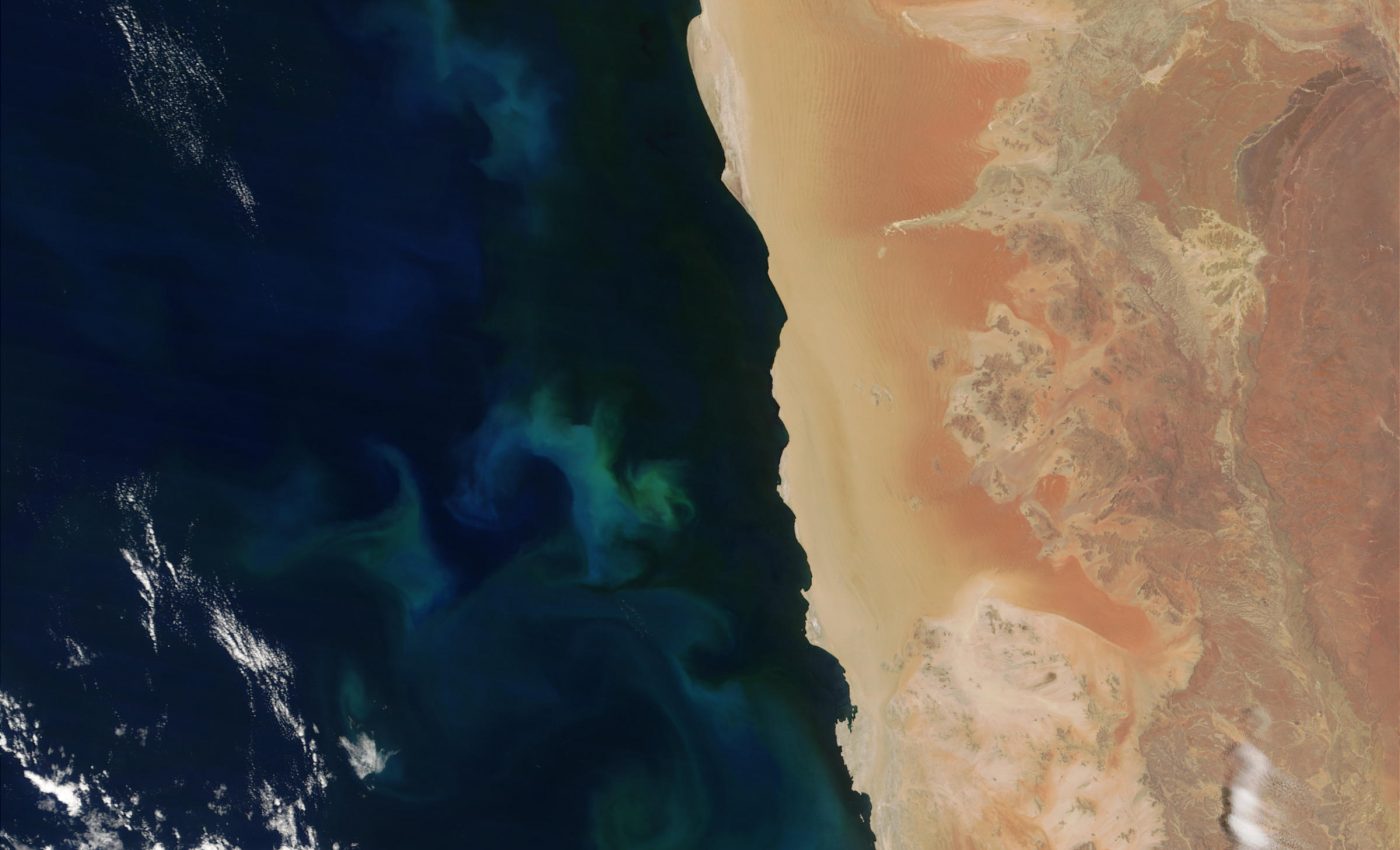 These images from Sulfur Plumes off Namibia. They were taken by the Moderate Resolution Imaging Spectroradiometer (MODIS).  Also the Terra satellite and Aqua satellite in late 2002 show the southwest African coastline centered on Namibia. Therefore the orange wash along the coast is the Namib Desert. Although  to its north is the Skeleton Coast, names for the numerous skeletons of ships (and people) that litter the shoreline.

The coast is often packed with fog, as on November 15, and the fog combined with the rough seas caused by the Benguela Current flowing up from Antarctica, make the region treacherous. In some of these images, the waters of the southern Atlantic Ocean are swirling with blues and greens. These may be due to plumes of hydrogen sulfide gas welling up from the bottom of the ocean. Therefore the Sulfur Plumes off Namibia have caused major damage and have left so many things abandoned. Namibia, the driest country in Sub-Saharan Africa, was inhabited since early times by the San, Damara and Nama people. Around the 14th century, immigrating Bantu peoples arrived as part of the Bantu expansion. Since then, the Bantu groups, the largest being the Aawambo, have dominated the population of the country; since the late 19th century, they have constituted a majority.