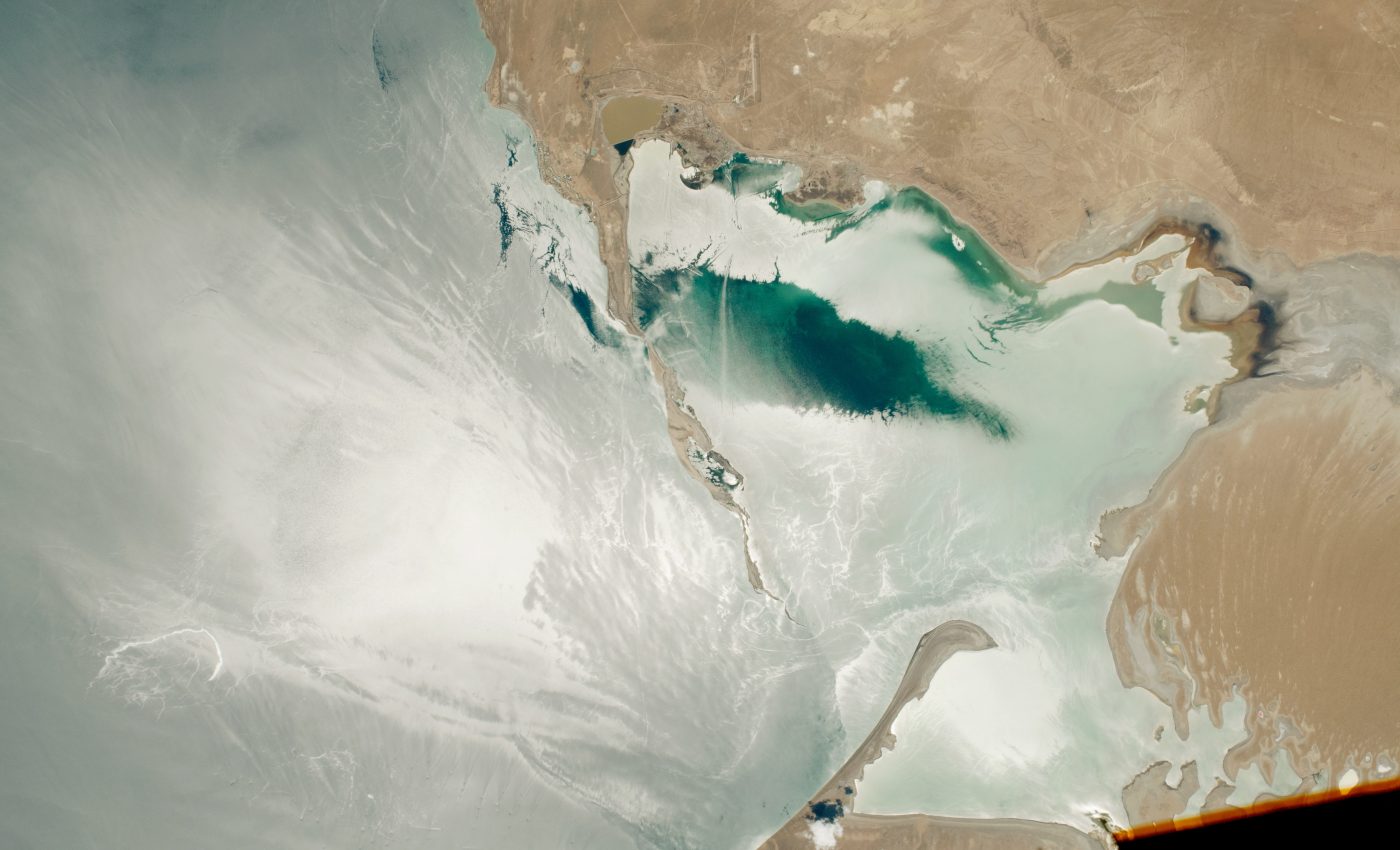 Today’s Image of the Day from NASA Earth Observatory features sunglint reflecting off Turkmenbashi Gulf, an inlet on the southeastern edge of the Caspian Sea. Sunglint lights up the Caspian Sea

Complex glint patterns are caused by waves, wind, boats, and oils. These factors affect the roughness of the surface water.

The Caspian Sea is a large oil-producing region, and the sunglint combines with waves to create traceable lines that lead to dozens of oil drilling platforms. Sunglint lights up the Caspian Sea as shown in the image above.

This image was captured on June 10, 2019 by an astronaut onboard the International Space Station.