The Chachani Volcano in the Andes Mountains • Earth.com

The Chachani Volcano in the Andes Mountains 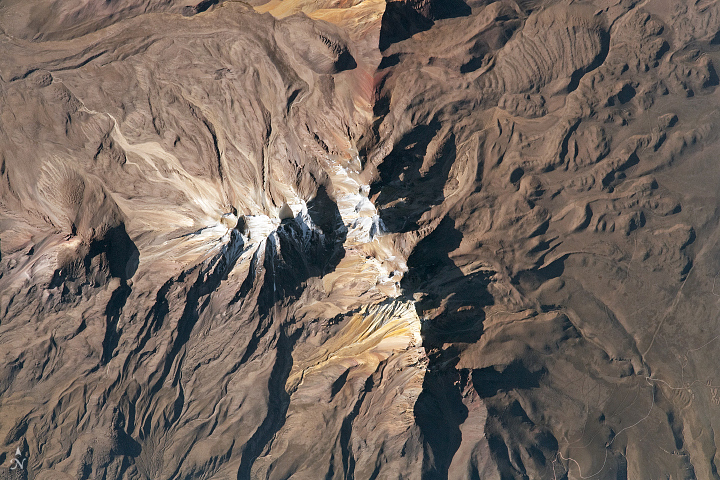 Today’s Image of the Day from NASA Earth Observatory features the Chachani Volcano in the Andes Mountains. The photo was captured by an astronaut onboard the International Space Station (ISS) while orbiting over the western edge of South America.

The Chachani Volcano is located north of Arequipa, the second most-populous city in Peru.

“While Peru has several active volcanos, Chachani is considered dormant. Evidence of past volcanic activity here arises from the remnant lava domes, stratovolcanoes, and shield volcano that mark the landscape,” reports NASA.

“Chachani is much broader than it is tall, standing approximately 2,000 meters (6,600 feet) above its surrounding terrain with a width of about 17,000 meters (55,800 feet). Its slopes are still steep for those navigating the terrain, as indicated by faint zig-zag roads (also called switchbacks) on the southeastern flank of the mountain. These paths are used by hikers to start their ascent toward the peak.’

“Snowfields are visible near the peaks, but no glaciers currently remain on this mountain. The region once had extensive glaciers during the last glacial maximum about 20,000 years ago.”