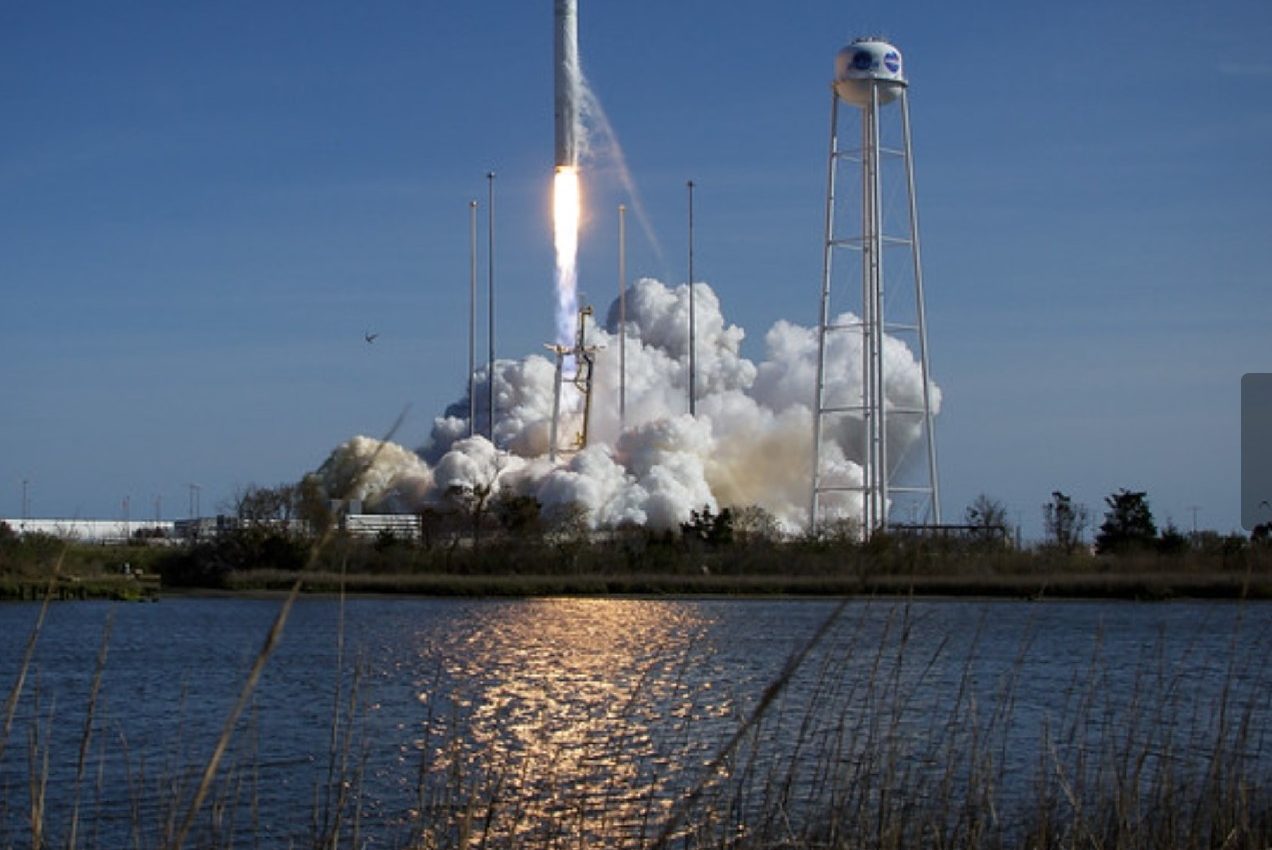 Today’s Image of the Day from NASA shows the liftoff of the Northrop Grumman Antares rocket, with the Cygnus resupply spacecraft onboard.

The spacecraft was launched on April 17, 2019 at NASA’s Wallops Flight Facility in Virginia.

The rocket delivered crew supplies and 7,600 pounds of science and research to the International Space Station.

Northrop Grumman Corporation (NYSE: NOC) is an American global aerospace and defense technology company. With over 85,000 employees and an annual revenue in excess of $30 billion, it is one of the world’s largest weapons manufacturers and military technology providers. The firm ranks No. 108 on the 2020 Fortune 500 list of America’s largest corporations.

Northrop Grumman and its industry partners have won the Collier Trophy eight times, most recently for developing the X-47B, the first unmanned, autonomous air system to operate from an aircraft carrier. In 2004, its subsidiary Scaled Composites won the trophy for Space Ship One, the first privately financed, built, and flown space vehicle.

NASA was established in 1958, succeeding the National Advisory Committee for Aeronautics (NACA). The new agency was to have a distinctly civilian orientation, encouraging peaceful applications in space science. Since its establishment, most US space exploration efforts have been led by NASA, including the Apollo Moon landing missions, the Skylab space station, and later the Space Shuttle. NASA is supporting the International Space Station and is overseeing the development of the Orion Multi-Purpose Crew Vehicle, the Space Launch System and Commercial Crew vehicles. The agency is also responsible for the Launch Services Program which provides oversight of launch operations and countdown management for uncrewed NASA launches.