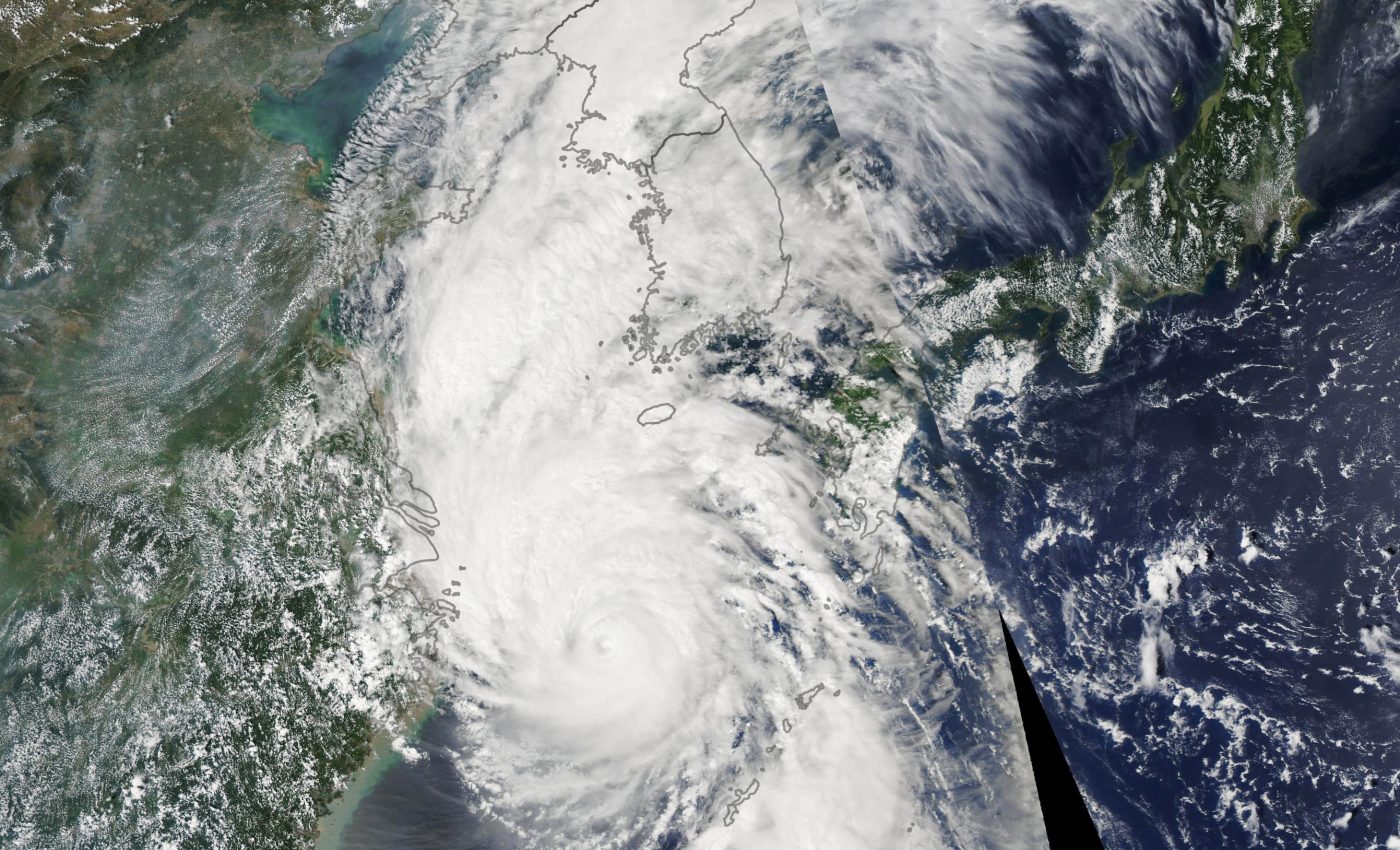 According to NASA, the typhoon is expected to weaken as its outer bands interact with South Korea, but forecasters predict heavy rainfall and storm surge to cause flooding and possible landslides before the storm weakens. By Saturday morning, 17,000 people were without power in South Korea.

This image was captured on September 6, 2019 by the Moderate Resolution Imaging Spectroradiometer (MODIS) on NASA’s Aqua satellite. The Yellow Sea is a marginal sea of the Western Pacific Ocean located between mainland China and the Korean Peninsula, and can be considered the northwestern part of the East China Sea. It is one of four seas named after common colour terms (the others being the Black Sea, the Red Sea and the White Sea), and its name is descriptive of the phenomenon whereby fine sand grains from the Gobi Desert sand storms, that descend annually from the north, turn the surface of its waters a golden yellow.
The innermost bay of northwestern Yellow Sea is called the Bohai Sea (previously Pechihli Bay or Chihli Bay), into which it flow some of the most important river of northern China, such as the Yellow River (through Shandong province and its capital Jinan), the Hai River (through Beijing and Tianjin) and the Liao River (through Liaoning province). Sand and silt carried down by these rivers contribute further to the sea’s colour. The northern extension of the Yellow Sea is called the Korea Bay, into which flow the Yalu River, the Chongchon River and the Taedong River.