The Rocky Mountains are on fire • Earth.com 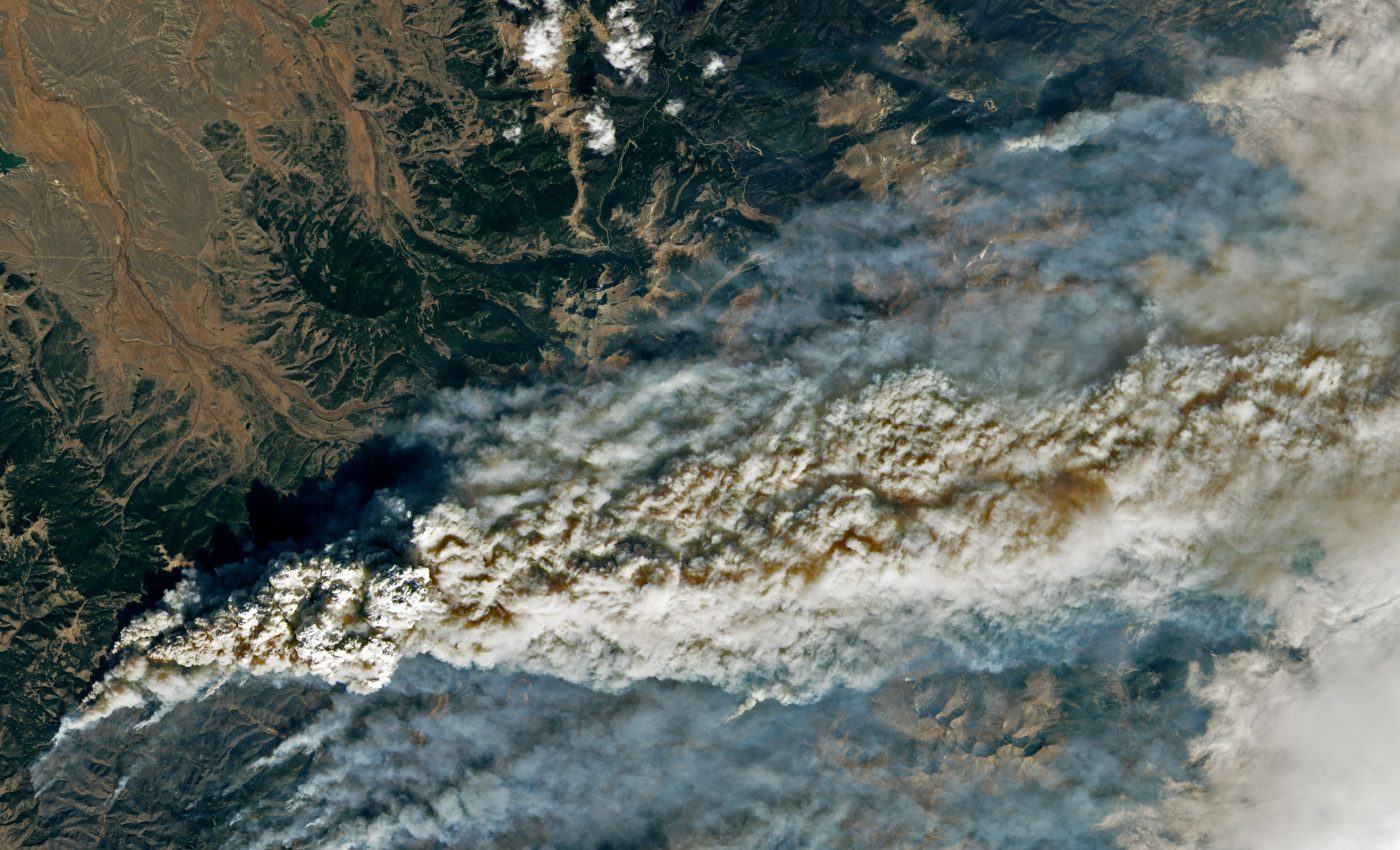 Today’s Image of the Day from NASA Earth Observatory shows smoke streaming over the Rocky Mountains from the East Troublesome fire, which has now burned through more than 190,000 acres.

A small fire that was ignited north of Hot Sulphur Springs on October 14th quickly exploded into the second largest fire in Colorado’s history in just ten days.

In the Rocky Mountains, the fire has burned quickly through lodgepole pine forests, which had already been weakened by drought and an infestation of bark beetles, according to NASA.

The fire has destroyed hundreds of homes and has claimed at least two lives.

The image was captured on October 22 by the Operational Land Imager (OLI) on Landsat 8.