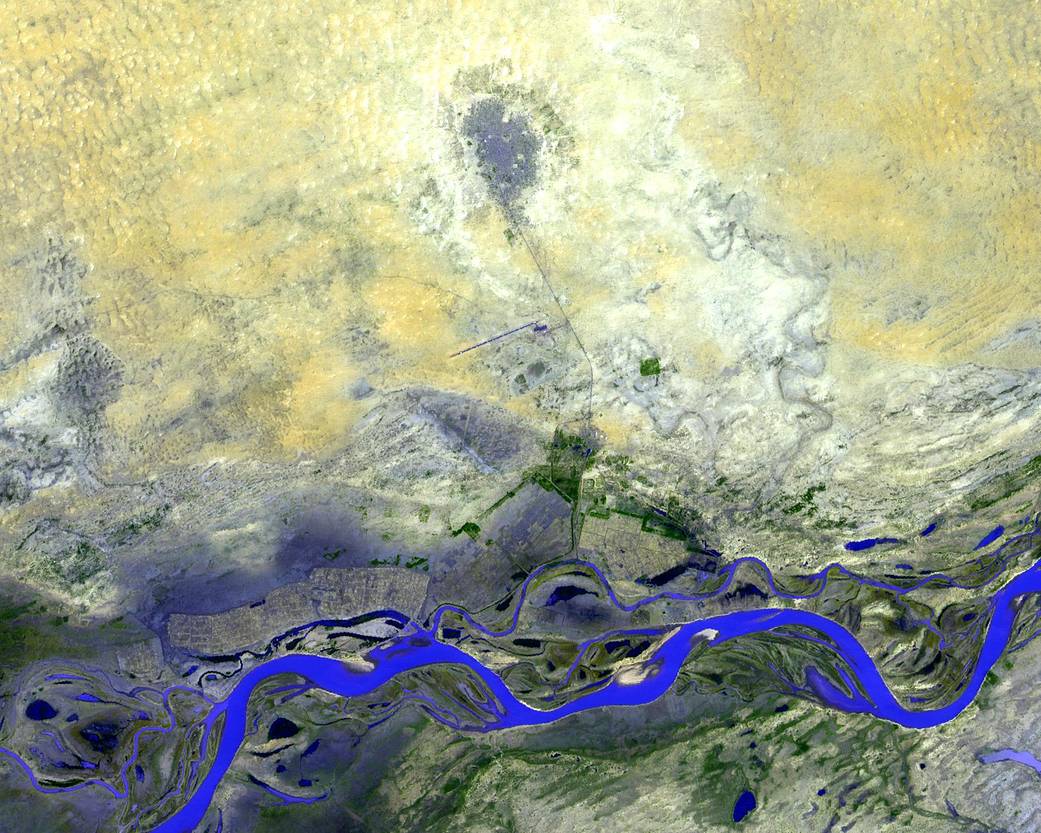 Timbuktu in the West African nation of Mal. It is at the intersection of an east-west and a north-south Trans Saharan trade route across the Sahara. The city-state was an intellectual and spiritual capital in the 15th and 16th centuries. After long years of decline. So Timbuktu is still a tourist destination and is a UNESCO World Heritage Site.

This image was captured by the ASTER image aboard the Terra spacecraft. With its 14 spectral bands from the visible to the thermal infrared wavelength. The region and its high spatial resolution of 15 to 90 meters (about 50 to 300 feet). Also the ASTER images Earth to map and monitor the changing surface of our planet. ASTER is one of five Earth-observing instruments launched December 18, 1999. So on NASA’s Terra satellite. . Trade and Industry. A joint U.S./Japan science team is responsible for validation and calibration of the instrument and the data products.

The broad spectral coverage and high spectral resolution of ASTER provides scientists with critical information for surface mapping and monitoring of dynamic conditions and temporal change.