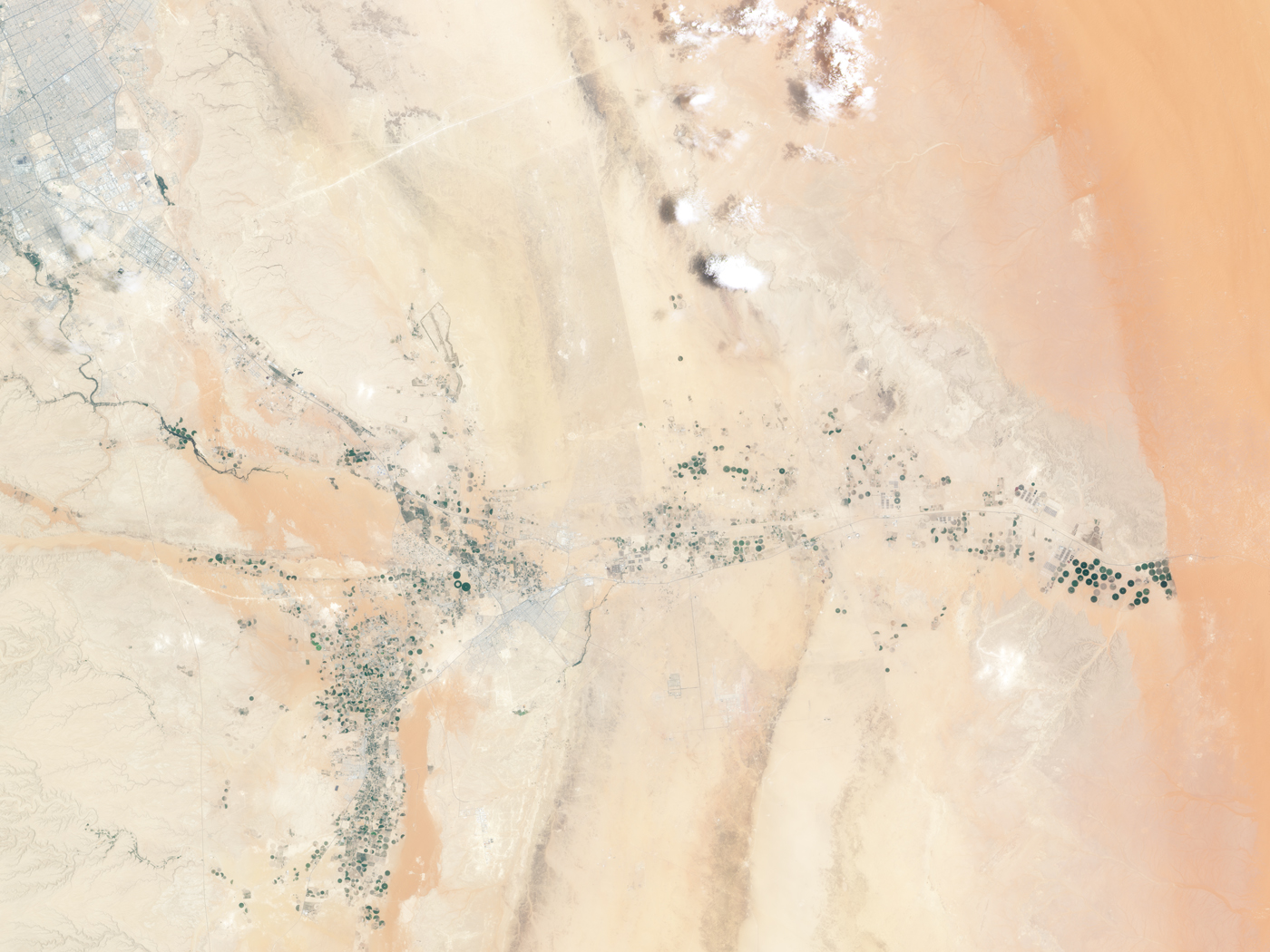 Todhia Arable Farm in Saudi Arabia. More than 80 percent of the water used in Saudi Arabia goes toward agriculture. At the same time, demand for food continues to grow. Data from satellites, however, can help farmers better manage water for irrigation—a quickly diminishing resource in the desert environment.

The green circles are the farm’s agricultural fields. During the year-round growing season, crops rotated through the fields include alfalfa, Rhodes grass, barley, wheat, and corn. Each field is irrigated with a center-pivot sprinkler system. Rainfall amounts in the arid environment fall far short of the water needed to feed the system, so farmers tap into deep aquifers and pump water from up to 1,000 meters (3,300 feet) below the surface.

As water supplies become increasingly limited, farmers want to know how to more efficiently use that water. Research published in January 2015 showed that data from the Advanced Spaceborne Thermal Emission and Reflection Radiometer (ASTER) on the Terra satellite can help scientists understand the relationship between water use and crop growth. The study found that when considering the amount of water it takes to produce a high yield at Todhia Arable Farm, wheat performed the best. Todhia Arable Farm in Saudi Arabia