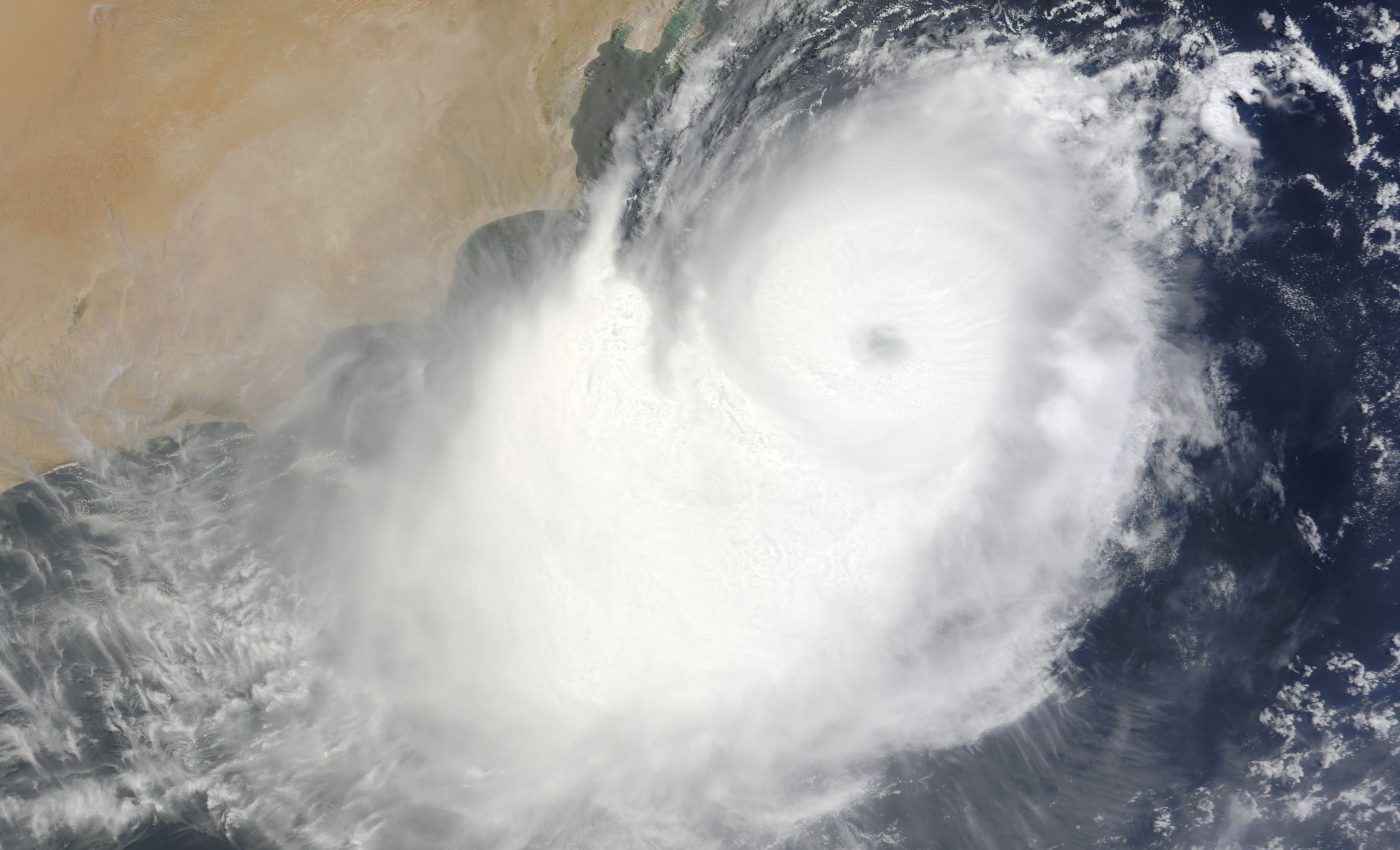 Tropical Cyclone Phet lingered over the Arabian Sea off the coast of Oman, on June 3, 2010, although the storm’s wind speeds had dropped since the previous day. The U.S. Navy’s Joint Typhoon Warning Center (JTWC) reported that Tropical Cyclone Phet had maximum sustained winds of 105 knots (195 kilometers per hour) and gusts up to 130 knots (240 kilometers per hour). The storm was located roughly 220 nautical miles (410 kilometers) south-southeast of Masqat (Muscat), Oman.

The Moderate Resolution Imaging Spectroradiometer (MODIS) on NASA’s Aqua satellite captured this natural-color image on June 3, 2010. Phet stretches almost the entire length of Oman’s coastline, and extends hundreds of kilometers out to sea.

The JTWC forecast that the storm would weaken as it approached Oman, veer toward the east, and finally dissipate after making a second landfall north of Karachi, Pakistan.After exiting Oman on June 4, Phet turned to the northeast and later to the east while continuing to weaken. The residual thunderstorms spread ahead of the circulation over Pakistan, producing 370 mm (15 in) of rainfall at Gwadar. In the city, the storm washed away houses and flooded the port, On June 6, Phet moved ashore the country near Karachi, a city of 16 million people, where several neighborhoods were flooded and power outages lasted over 12 hours. Across Pakistan, the storm killed 16 people and left $81 million in damage. Phet continued into western India, where it degenerated into a remnant low-pressure area. In the country, storm rainfall killed five people, as well as dozens of animals.