Oil Slick Continues in the Gulf of Mexico • Earth.com

Oil Slick Continues in the Gulf of Mexico 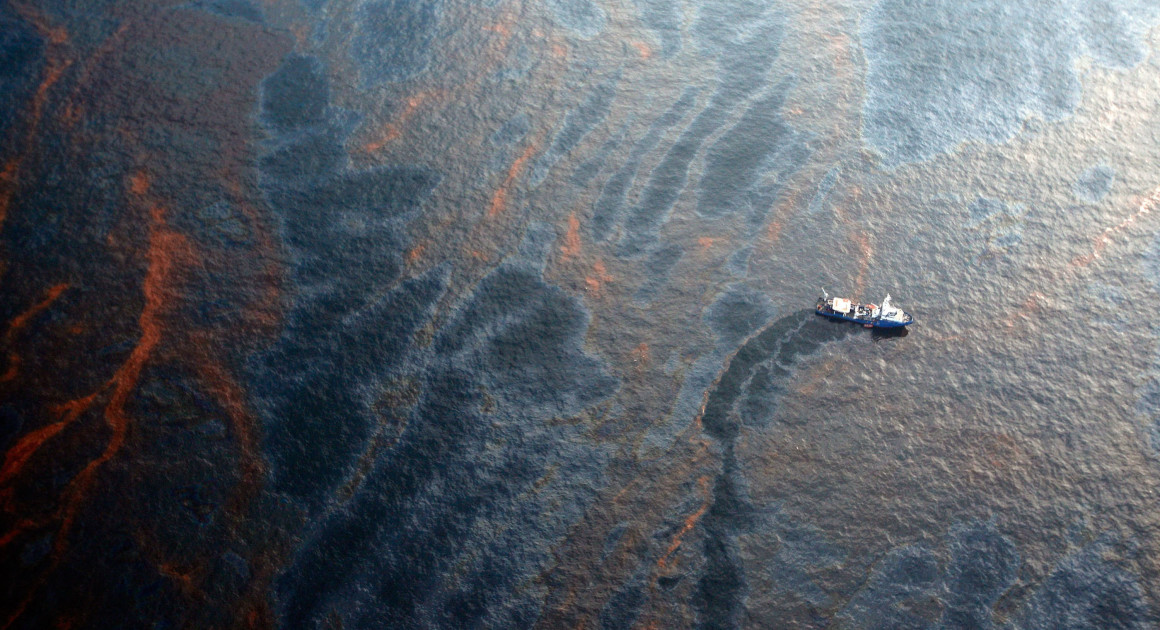 This image of the Mississippi River Delta and nearshore waters was captured by the Moderate Resolution Imaging Spectroradiometer (MODIS) on nasaAqua satellite on May 23, 2010. Oil appears light gray, occasionally streaked with brown. The largest oil patch is in the vicinity of the damaged well, but streamers of oil also spread to the northeast.

Oil slicks are notoriously hard to see in photo-like satellite images such as this one. A thin sheen of oil against an already dark background is often imperceptible unless viewing conditions place the oil slick in a particular spot of the image: the sunglint region. The slick was not in the sunglint region when this image was captured, and therefore, the slick is not as prominent as it has appeared in other images. Also the Oil Slick Continues in the Gulf of Mexico and will for awhile. Therefore the clean up is going to take awhile to fix.