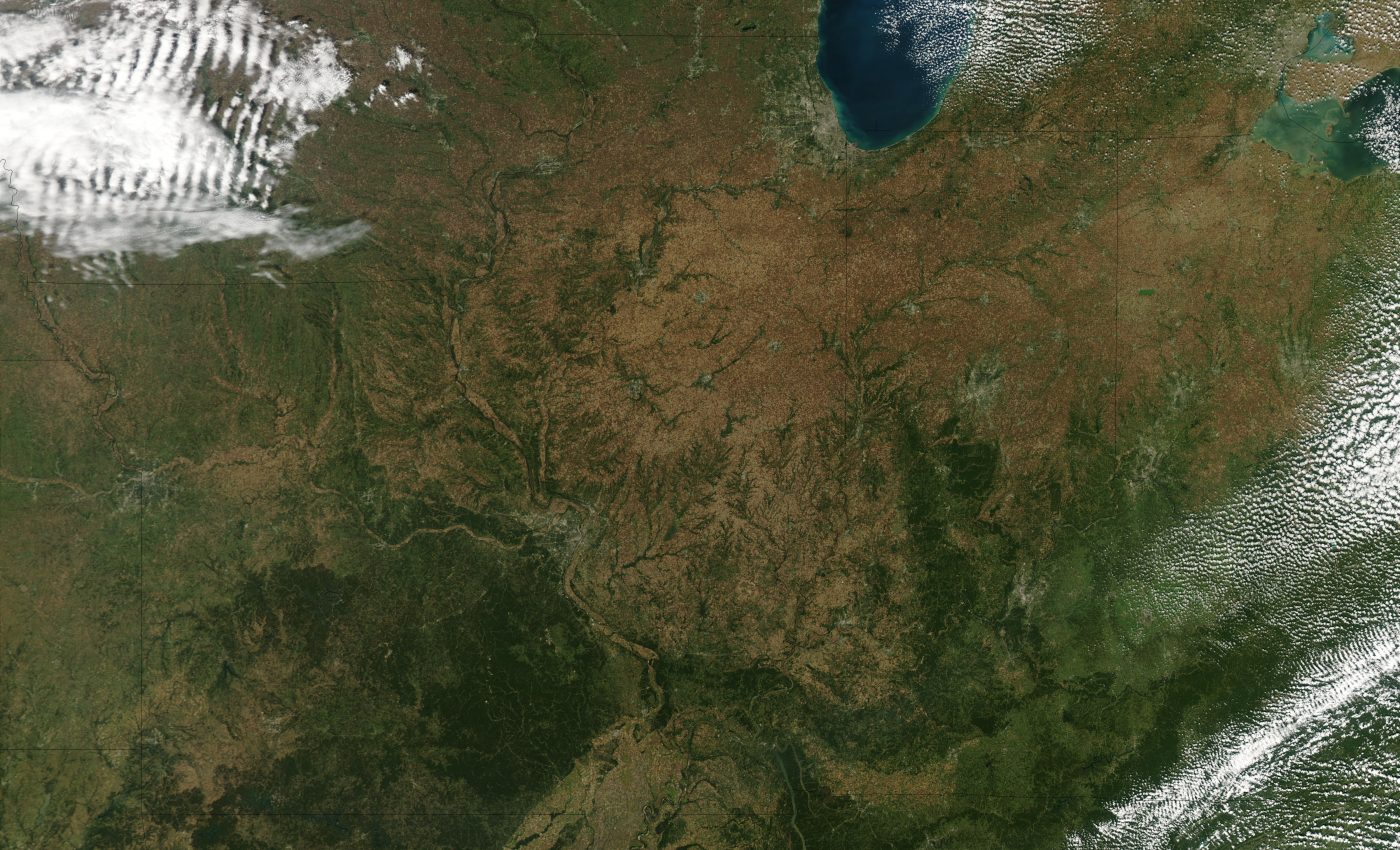 United States Middle West These true-color images from the Moderate Resolution Imaging Spectroradiometer. (MODIS) show the upper MidWest in fall of 2002. The Great Lakes are at top. Among the interesting features shown are the green riparian areas along rivers and streams that standout against the pale landscape of Illinois and Indiana (southwest and southeast of Lake Michigan at top center of the image from October 5.)

Lake Michigan is one of the five Great Lakes of North America and the only one located entirely within the United States. The other four Great Lakes are shared by the U.S. and Canada. It is the second-largest of the Great Lakes by volume and the third-largest by surface area. (22,404 sq mi (58,030 km2)).

Therefore after Lake Superior and Lake Huron (and is slightly smaller than the U.S. state of West Virginia). To the east, its basin is conjoined with that of Lake Huron. Also through the wide Straits of Mackinac. Therefore giving it the same surface elevation as its easterly counterpart. And the two are technically a single lake. Also United States Middle West has many lakes and scenic rivers. Youll see the greater lakes.