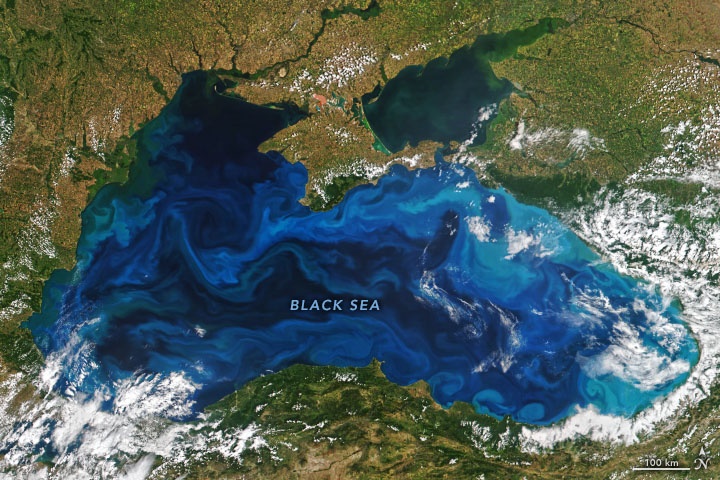 Today’s Image of the Day from NASA Earth Observatory features the Black Sea in vivid colors, when an abundance of phytoplankton transformed the water in the spring of 2022. According to NASA, these blooms can paint the water with color so brilliant that it becomes visible from space.

“The turquoise swirls indicate the presence of phytoplankton tracing the flow of water currents and eddies. One type of phytoplankton commonly found in the Black Sea is coccolithophores – microscopic plankton that are plated with white calcium carbonate,” reports NASA.

“When aggregated in large numbers, these reflective plates are easily visible from space and make the water appear bright, milky blue.”

The vibrant colors of coccolithophores usually emerge in satellite images in May and then peak in June. But even when the sea appears black, diatoms are present. This type of phytoplankton, which is common in the Mediterranean during the spring, usually darkens the water instead of making it brighter.

“Diatoms rapidly multiply in spring, when surface waters have abundant nitrogen and phosphorous,” explains NASA. “In late spring and early summer, when warmer temperatures and fewer storms leave the seawater more stratified, less nitrogen gets mixed into the surface waters – a condition in which coccolithophores are known to dominate.”

“Later in the summer, larger species of diatoms usually show up. These phytoplankton take advantage of nutrients supplied by the occasional mixing that occurs as winds shift direction and storms pass by.”

“The seasonal shift in the dominant species of phytoplankton can have a rippling effect on the structure of the food web in the Black Sea. For example, coccolithophores provide fodder for species like Noctiluca scintillans (sea sparkle), while small diatoms feed pelagic fish and large diatoms feed jellyfish.”

The image was captured on June 20, 2022 by the Visible Infrared Imaging Radiometer Suite (VIIRS) on the NOAA-20 satellite and the VIIRS on the Suomi NPP satellite. 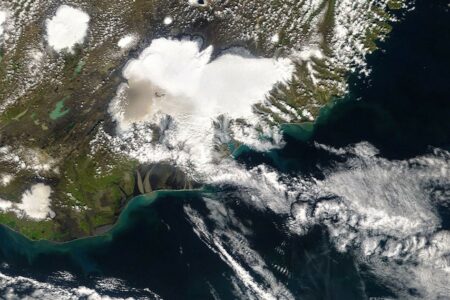