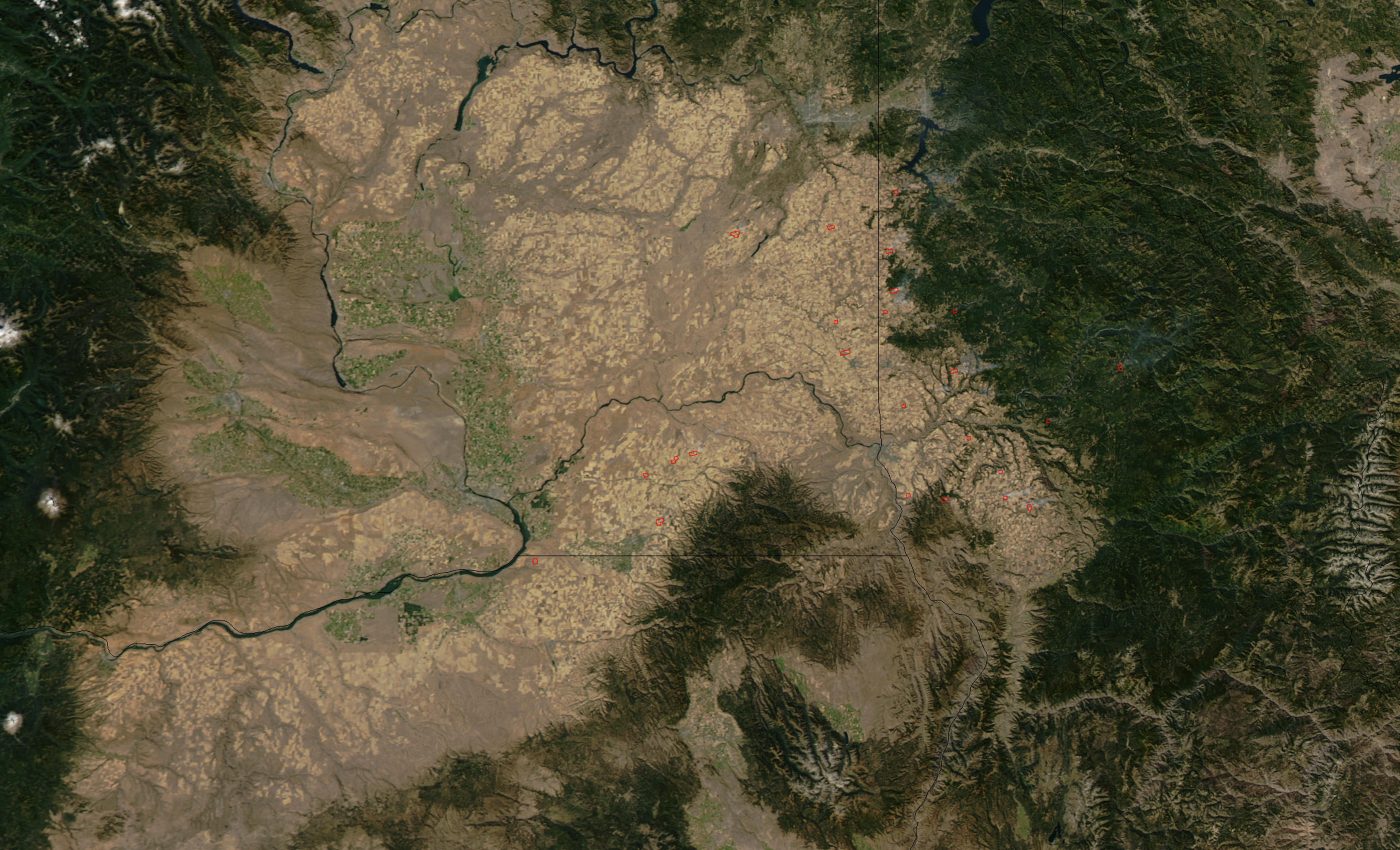 Wheat Stubble Fires in Eastern Washington and Idaho. Fall has arrived in the Northern Hemisphere, and that means it’s harvest time. In the wheat fields of Washington and Idaho in the northwestern United States, scattered fires (red dots) burn through the wheat stubble. Because of the semi-arid climate of this region, wheat is an important crop. Washington is the third-largest wheat producer in the US, and Idaho is the eighth.
Surrounding the tan wheat fields are the Cascade Mountains (west), the Bitterroot Range (east), and the Blue Mountains (south). Aqua MODIS acquired this true-color image on September 22, 2003.

Washington is the 18th largest state, with an area of 71,362 square miles (184,827 km2), and the 13th most populous state, with more than 7.4 million people. Approximately 60 percent of Washington’s residents live in the Seattle metropolitan area. Also Wheat Stubble Fires in Eastern Washington and Idaho are known to occur during the storm season. Therefore in the image above it shows the red dots and crops burned. Also Idaho prior to European settlement was inhabited by Native American peoples. And some of whom still live in the area. In the early 19th century, Idaho was considered part of the Oregon Country.