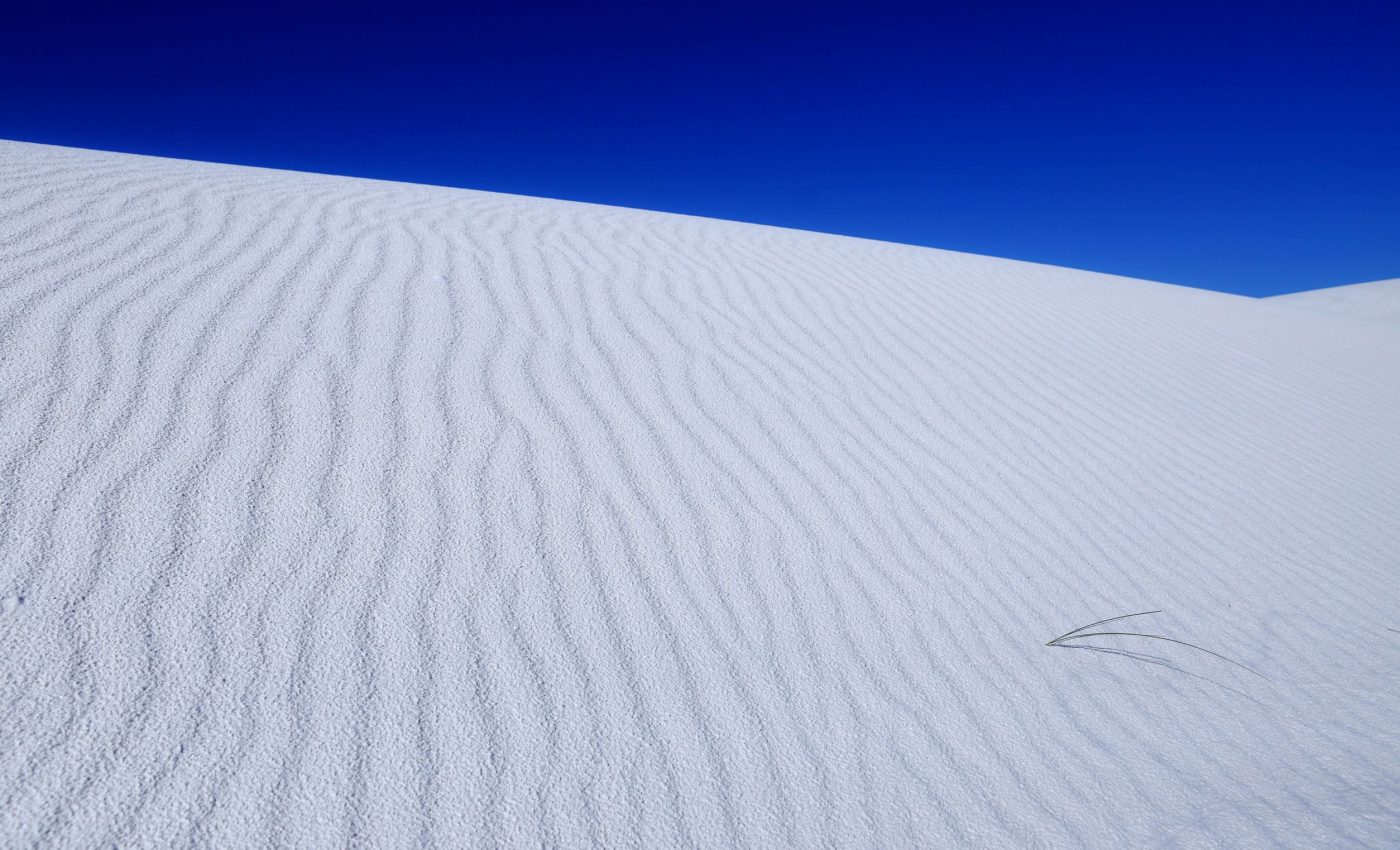 White Sands New Mexico the large white-colored area just below the center of the image, highlight this image acquired on January 11, 2006. This natural wonder, ensconced within White Sands National Monument. Also it is located at the northern end of the Chihuahuan Desert in New Mexico.

White Sands consists almost entirely of gypsum (calcium sulfate) sand dunes, encompassing over 712 square kilometers (275 square miles) of area, making it the largest gypsum desert in the world. According to the National Park Service, the gypsum that comprises the white sand dates back to about 250 million years ago and is the product of deposition within a shallow sea that existed at that time.

The deposit gradually compressed into stone, then uplifted about 70 million years ago during the formation of the Rocky Mountains. About 10 million years ago, the dome collapsed and formed the present-day Tularosa Basin, in which White Sands is located. Gypsum is not all that rare; however, it is rarely seen in the form of sand. Typically, precipitation falling on rocks that contain gypsum causes it to dissolve and it is carried away in a dissolved form by streams. In this case, there are no streams to carry it away, so it remains trapped within the basin, forming crystalline beds on the surface.