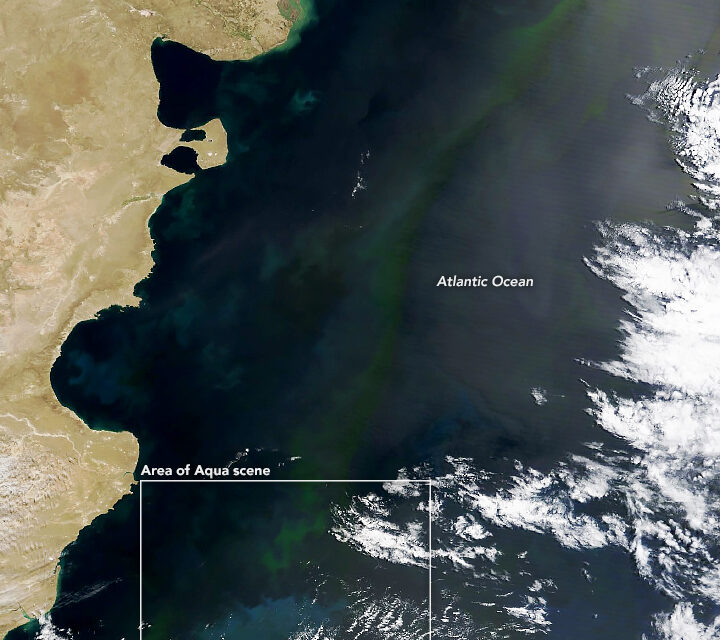 Today’s Image of the Day from NASA Earth Observatory features widespread phytoplankton blooms in the Atlantic Ocean off of South America. According to NASA, the blooms stretched across hundreds of kilometers.

Phytoplankton, which are also known as the “grass of the sea,” play a very important role in the marine food chain. The microscopic organisms are eaten by zooplankton, shellfish, and marine creatures that become prey for larger animals.

Ocean plankton are responsible for producing most of the oxygen that comes from the ocean. These organisms also absorb hefty amounts of carbon dioxide from the atmosphere. This CO2 ultimately sinks to the ocean floor in decaying matter or feces of animals that consumed the phytoplankton.

The natural-color image was captured on January 24, 2022 by the Moderate Resolution Imaging Spectroradiometer (MODIS) on NASA’s Terra satellite.