Wildfire rages on the Greek island of Lesbos • Earth.com

Wildfire rages on the Greek island of Lesbos 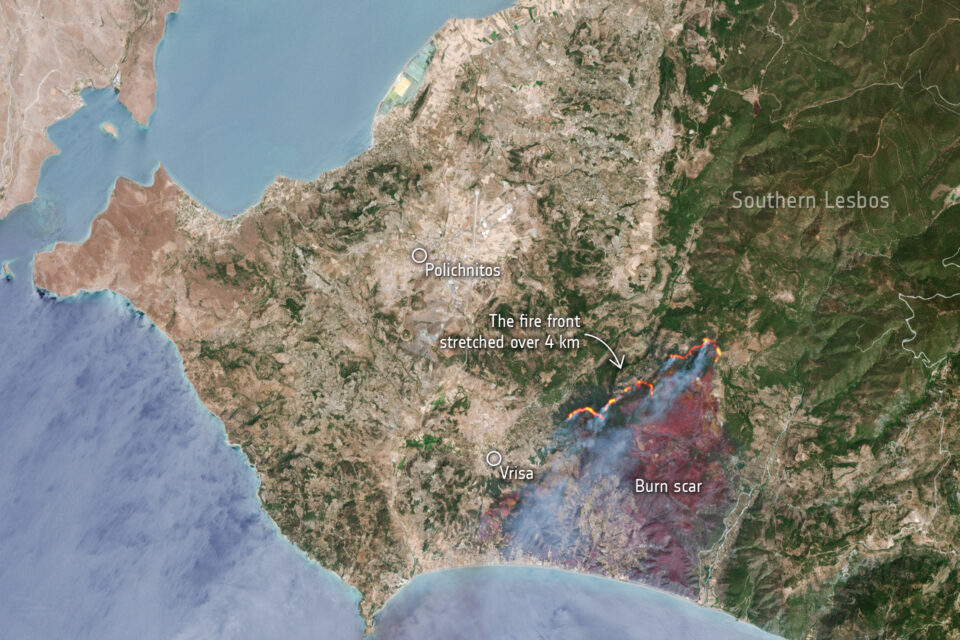 Today’s Image of the Day from the European Space Agency features a Sentinel-2 satellite view of a wildfire on the Greek island of Lesbos. Also known as Lesvos or Mitilini, the island is located in the northern Aegean Sea off the coast of Turkey.

Hundreds of people, including local residents and tourists, have been evacuated from Lesbos since the wildfire broke out on the morning of July 23, 2022.

“The fire, which has been raging near the coastal area of Vatera, a popular tourist destination, has burned pine forest, shrubland and cultivated fields,” says ESA.

“Thick billowing smoke is visible in the image blowing in a southwest direction. The burn scars left across the land can be identified as a reddish-brown colour and cover an area of around 1,700 hectares.”

Dozens of firefighters are working with military personnel and volunteers to get the fire under control.

“Greece, along with many other countries in Europe, has been experiencing a prolonged heatwave with many parts of the country under fire alert,” says ESA.