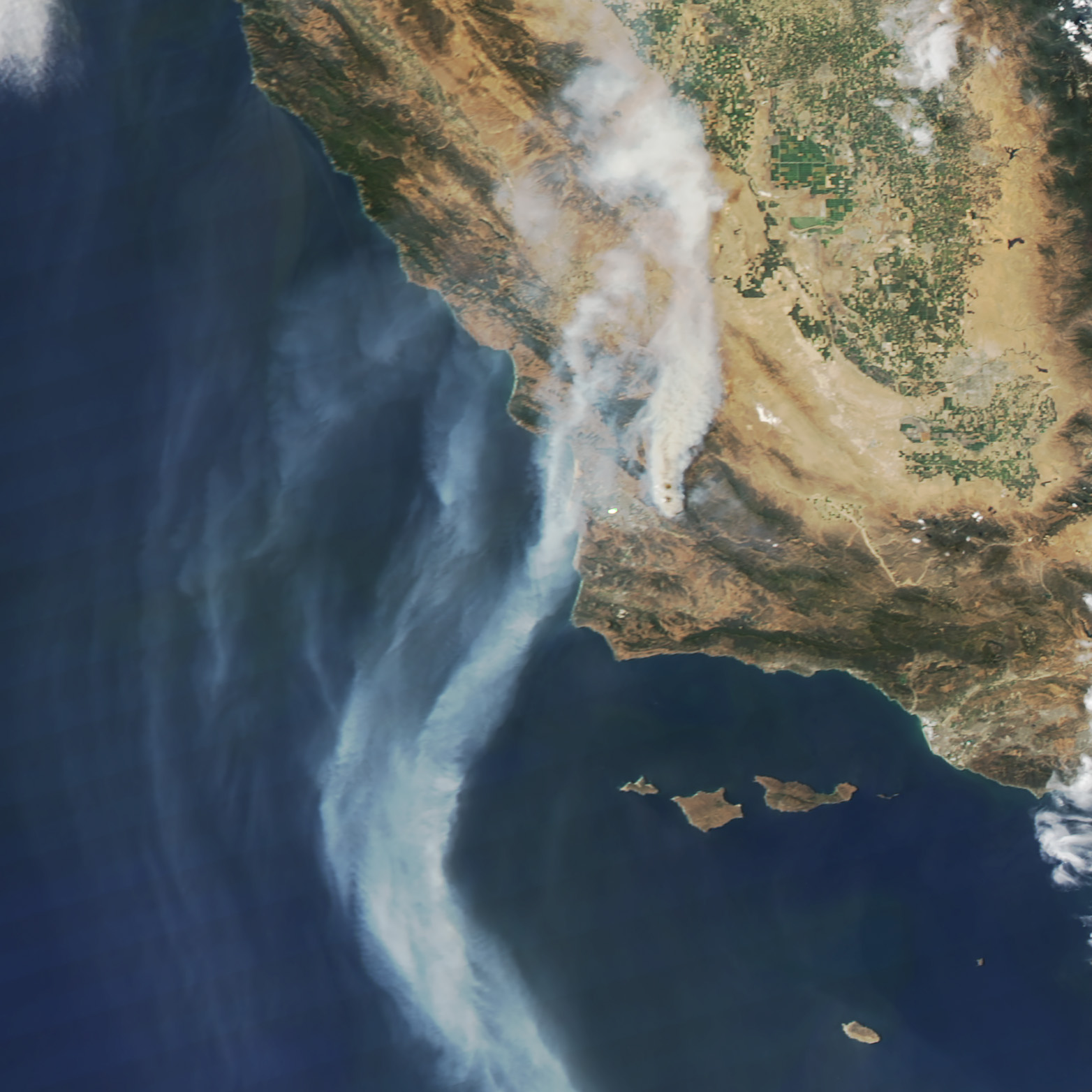 Today’s Image of the Day comes thanks to the NASA Earth Observatory and features a look at wildfires burning across California.

This image was captured by the Moderate Resolution Imaging Spectroradiometer (MODIS) on NASA’s Aqua satellite. It features a large plume of smoke rising from the Alamo fire in San Luis Obispo County, California. A separate fire, named the Whittier fire, burned simultaneously near Cachuma Lake in Santa Barbara County.

The National Interagency Fire Center has reported that over 3.1 million acres of wildfires have burned in the United States between January 1 and July 7, 2017.

California is a state in the Pacific Region of the United States. With 39.5 million residents across a total area of about 163,696 square miles (423,970 km2), California is the most populous U.S. state and the third-largest by area. The state capital is Sacramento. The Greater Los Angeles Area and the San Francisco Bay Area are the nation’s second- and fifth-most populous urban regions, with 18.7 million and 9.7 million residents respectively.  Los Angeles is California’s most populous city, and the country’s second-most populous, after New York City. California also has the nation’s most populous county, Los Angeles County, and its largest county by area, San Bernardino County. The City and County of San Francisco is both the country’s second most densely populated major city after New York City and the fifth most densely populated county, behind only four of the five New York City boroughs.