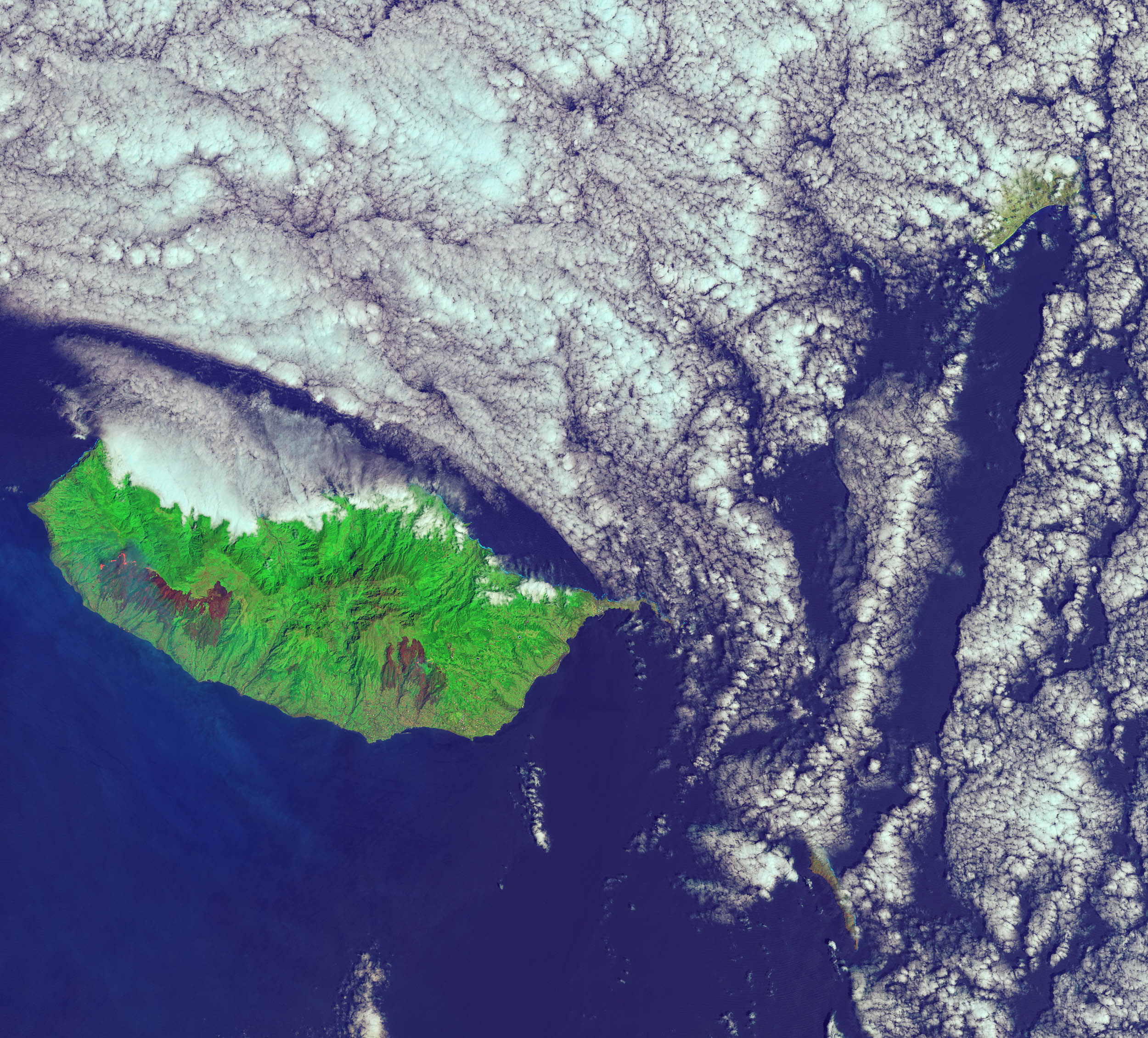 NASA satellites began to detect large numbers of fires on the Portuguese island of Madeira on August 8, 2016. In the following days, the fires spread rapidly and the amount of smoke increased dramatically. By August 12, the fires were mostly extinguished, but they left large expanses of charred forest behind.

When the Operational Land Imager (OLI) on the Landsat 8 satellite captured this image of Madeira on August 11, 2016, a large fire on the western side of the island was still burning. A burn scar to the southeast extends into the outskirts of Funchal, Madeira’s largest city.

The fire near Funchal killed three people, destroyed more than 150 homes, and forced more than 1,000 people to evacuate, according to news reports. A heat wave helped fuel the fires, but authorities think that some may have been set by arsonists.