Waters off of British Columbia turn green from phytoplankton • Earth.com

Waters off of British Columbia turn green from phytoplankton 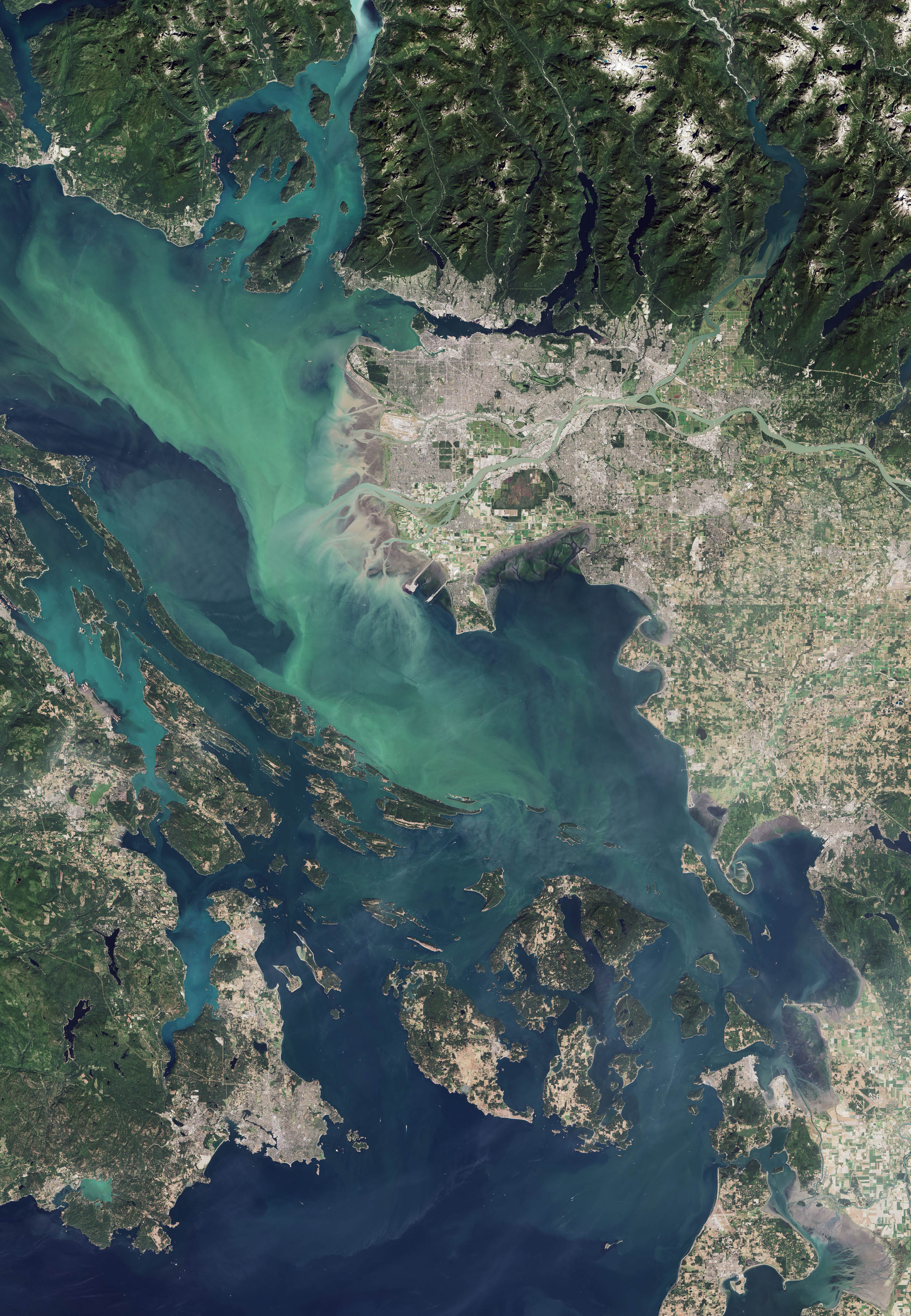 In late August 2016, the waters off British Columbia, Canada, turned green. “Certainly unusual,” was how Jim Gower of Fisheries and Oceans Canada described it. “Unprecedented, in the sense that none of us have seen blooms this bright here before.”

For reasons that scientists are still trying to figure out, the Strait of Georgia and nearby inlets have been teeming with coccolithophores, a harmless type of phytoplankton, or floating plant-like organism. Coccolithophores have chalky, scale-like shells made of calcium carbonate. The milky-white color of those shells can brighten and discolor otherwise blue waters when the plankton explode in such massive blooms. Marine scientists believe some harmless species of diatoms are also in the mix, adding to the green color.

The Operational Land Imager on the Landsat 8 satellite acquired the image above on August 19, 2016. The Moderate Resolution Imaging Spectroradiometer (MODIS) on NASA’s Terra satellite acquired a wider view (below) on August 26. The resolution of the Landsat image is 15 meters per pixel, while MODIS is 250 meters. You can get a closer view by downloading the large Landsat file. 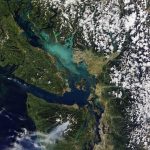 While coccolithophore blooms occasionally occur off the west coast of Vancouver Island, no one can recall seeing a bloom like this in the Strait of Georgia. The countless phytoplankton have spread into the surface waters of Howe Sound, Desolation Sound, and Malaspina Inlet, among other waterways. The main species found in most coccolithophore blooms, Emiliania huxleyi, is not harmful to fish or humans. The blooms tend to dissipate in a few weeks.

“No one knows why this bloom is so widespread and intense,” said Debby Ianson of Fisheries and Oceans Canada. She suspects that a seed population from the west may have been carried (by advection) into the Strait; coccolithophores are more common in the Alaskan Gyre and other offshore Pacific waters. The seeds that found their way from the continental shelf into the Strait would have encountered relatively low pH waters that are not necessarily good for phytoplankton growth.

Debora Iglesias–Rodriguez, a marine ecologist at University of California, Santa Barbara, noted that coccolithophore blooms have been occurring more often in places where they are not usually expected, particularly along the west coast of North America. For instance, there were blooms in Santa Barbara Channel and Monterey Bay in 2015 during the recent El Niño event. These phytoplankton are good competitors for resources and tend to grow well under low-nutrient conditions that can limit other species.

Recent research suggests that coccolithophore numbers have been increasing over the past two decades in the North Atlantic even though the water is growing more acidic. Iglesias-Rodriguez pointed to large recent blooms off the coasts of Delaware and Spain. Globally, the oceans are acidifying due to increasing carbon dioxide concentration in the atmosphere; the gas is exchanged with and absorbed by sea water. You can read more about the carbon cycle and its effect on the oceans in fact sheet.