One million species gone: What humanity stands to lose • Earth.com 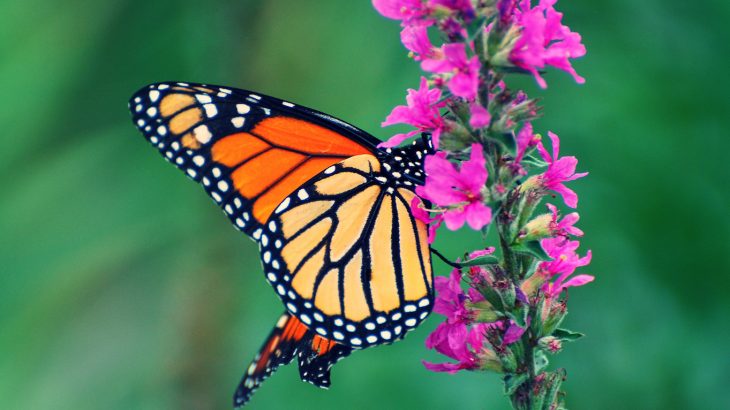 One million species gone: What humanity stands to lose

Planet Earth faces an extinction crisis and, depending on the scientist you ask, may be in the midst of a “sixth mass extinction.” Last month, a U.N. report banged the alarm bells with a forecast of up to 1 million species lost due to human activity. Those disappearances, in turn, would bring tremendous losses for human civilization.

From billions of dollars in unpollinated crops to a spiritually devastating planet devoid of our natural companions, extinctions could rob humanity of much of what it needs to survive and thrive.

“The diversity of species are responsible for the benefits that humans get from the environment, and the benefits are immense,” said Nick Haddad, a Michigan State University biologist who studies insect conservation. “If we lose the biodiversity that’s projected, a million species, then, it’s unclear how human civilization can function.”

And the blame for those extinctions lies at the feet of humanity itself, due to habitat destruction, overharvesting, climate change and other anthropogenic pressures, May’s report emphasized.

The study tasked hundreds of scientists with examining thousands of studies on extinction. (The UN published a summary from the report in May; the full report will arrive later this year.)  Along with the top-line prediction on species loss, the report examined trends in 18 categories of nature’s contributions to humans. And aside from the production of some resources, like energy and lumber, all those contributions have declined and stand to fall further with species loss, the report found.

“There has been an increase in crop production and an increase in various types of material production,” said Stephen Polasky, coordinating lead author on the report’s section on nature’s contributions and a University of Minnesota ecologist. “But virtually all the others — pollination and those regulatory services, the decline in the ability to filter air and water, the sort of more nonmaterial, cultural, spiritual services — all of those have declined.”

Even those increases in production come with obvious trade-offs, like the conversion of forests to cropland. Farmers can also trace better crop yields to pesticide use, which ironically contributes to loss of the insect pollinators crucial to agriculture.

Such pollinator loss puts “between $235 billion and $577 billion” of annual agricultural production at risk globally, the report said. These insects face threats not only from pesticide use, but also habitat loss, producing the so-called “insect apocalypse,” Haddad said. And insect losses are indeed dire.

For example, “the western monarch butterfly’s populations have dropped by 97%,” Haddad said. “I mean this is literally on the verge of total loss.”

Studies have also linked tremendous agricultural losses to the disappearance of pest predators, said Gerardo Ceballos, an ecologist at Mexico’s Universidad Nacional Autónoma and a visiting professor at Stanford. “By losing the bats in a particular area, just in an island,” he said, “it will cost something like $1 billion in insect[-related] losses of crops.”

Beyond crops, food resources could also dwindle with the collapse of fisheries from overfishing, pollution and other causes.

A Blow to Human Health

Mass extinction has financial implications beyond agriculture, too.

And the planet’s biomass provides a valuable climate-change protection by storing, or sequestering, carbon — 5.6 gigatons per year, worth $840 billion annually, Polasky said.

“Global warming is produced not only by the use of fossil fuels but also by losing the ecosystems that maintain this balance,” Ceballos said. “And so we’re losing so many tropical and other forests because of human activities that we are losing the capability to maintain a stable climate.”

Well-functioning ecosystems, with diverse species, also crucially balance and clean our air and water, Ceballos added. And human health leans on species diversity in the doctor’s office, too, as 25 to 50% of drugs, including 70% of cancer drugs, come from or are inspired by nature, Polasky said. Future species loss means, potentially, the loss of as-yet-undiscovered drugs.

Extinction happens within the context of massively complicated ecological webs, and so the causes and effects can be equally complex. One species’ loss can amplify the pressures on another, as seen, for example, when tree loss increases flooding, making waterways silty and unlivable for fish.

Ceballos also gave the example of prairie dogs. Once considered a pest, their populations fell as the government paid bounties to hunt them. Studies later showed that the rodents maintained grasslands by removing invasive species and burrowing in soil. Lost grasses, in turn, deprived bison (and domestic cattle) of feeding grounds.

The interconnected losses of species diversity, in fact, could compound so greatly that the effects destroy far more than a few industries, Ceballos said. The production of tens of millions of climate refugees, the further loss of the ability to adequately feed the planet, and other effects could mean the end of human civilization — if nothing is done, he said.

“We’re losing so many species at such a high rate that we are collapsing the whole environmental system that produces our well-being,” he said. “And that basically will mean the end of civilization as we know it.”

Scientists alerting the world about the dangers of species loss point out, too, that we should care for reasons beyond the practical and self-focused. Our fellow species wouldn’t deserve to die at our hands, even if the threat to us weren’t so dire, Ceballos said.

“All these plants and animals have been our companions since we started our journey as humanity 3 million years ago,” Ceballos said. “We are in large part what we are because of all them.”

Stay tuned to Earth.com for a follow-up on solutions to the extinction crisis.