3D printed lungs and livers may soon be a reality for organ transplants • Earth.com 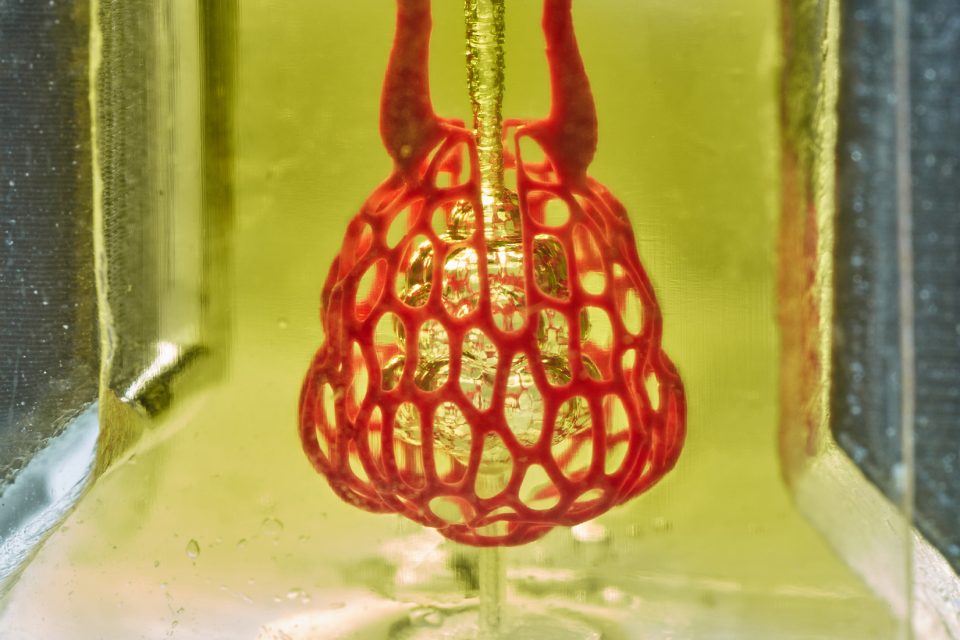 In a breakthrough in bioengineering, researchers have found a way to successfully replicate complex vascular systems with 3D printing.

With over 100,000 people on organ transplant waiting lists in the US, there is a critical need for widely available and effective organ replacements that won’t require life-long immune-suppressing treatments.

There has been a growing interest in using 3D printing to create functional working organ replacements, but one of the biggest challenges that come with bioprinting is replicating the complex and extremely detailed vascular networks that transport blood, air, and fluids through the body.

Bioengineers from Rice University and a collaborative team of researchers from the University of Washington, Duke University, Rowan University and Nervous System, a design firm in Massachusetts, have found a way to 3D print intricate tissues.

The researchers designed and printed a functioning hydrogel model that mimics the airways in the lung that deliver oxygen to blood vessels.

A new study, published in the journal Science, describes the detailed hydrogel model and experiments with mice and bioprinted tissue containing liver cells.

“One of the biggest roadblocks to generating functional tissue replacements has been our inability to print the complex vasculature that can supply nutrients to densely populated tissues,” said Jordan Miller, a leader of the research. “Ours is the first bioprinting technology that addresses the challenge of multivascularization directly and comprehensively.”

To produce a working lung-like air sac with complete vascular airways, the researchers created a new kind of bioprinting technology called “stereolithography apparatus for tissue engineering” (SLATE) which makes soft hydrogels one layer at a time.

These liquid hydrogel layers become a solid once exposed to blue light, and the researchers tested the structure by mimicking airflow to ensure that the 3D printed vascular system could withstand the pressure and volume of blood and oxygen flow in the human body.

In another experiment, the researchers 3D printed tissues and filled them with liver cells before implanting them into mice. The tissues had compartments for blood vessels and liver cells and implants were placed in mice with liver injuries.

The results could help pave the way for implants for patients suffering from liver disease.

“With the addition of multivascular and intravascular structure, we’re introducing an extensive set of design freedoms for engineering living tissue,” said Miller. “We now have the freedom to build many of the intricate structures found in the body.”