The 10 best camping sites in the United States • Earth.com 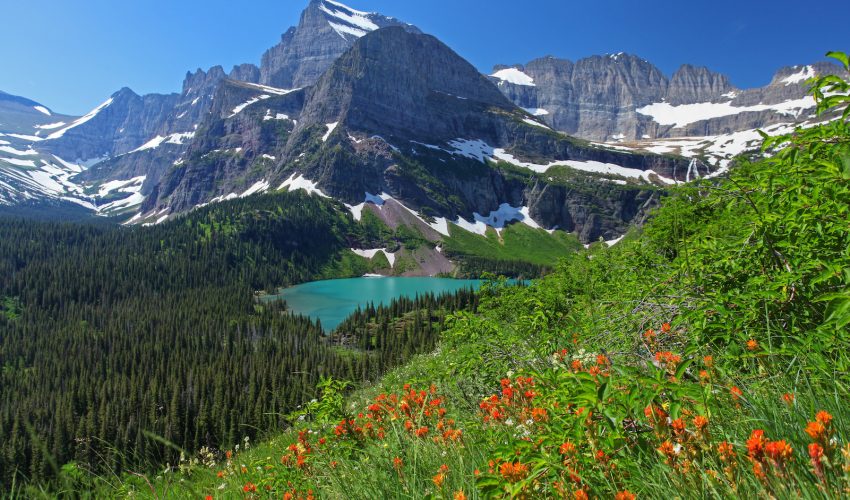 The 10 best camping sites in the United States

Fall is in the air, and it is the perfect time of year to enjoy the great outdoors. According to the 2017 North American Camping Report, 75 million households in the United States are active campers. Half of those families say they plan to camp more this year.

Whether you are an experienced camper or just someone that looks forward to pitching a tent every now and then, it is simple to get outside and enjoy the beauty of nature. The following is a list of the 8 most amazing places to camp in the United States.

Located in Montana on the US/Canada border, this park features more than a million acres, including mountains that began forming 170 million years ago. Featuring 130 named lakes, over 1,000 different species of plants, and hundreds of species of animals, this is one of the prime locations in the country to experience life outside.

With its 17 million acres of forest, 6,000 lakes and ponds, and 32,000 miles of rivers and streams, Maine has an abundance of biodiversity. Located on Mount Desert Island, this park encompasses everything the state has to offer including Cadillac Mountain, an incredible hiking spot that towers over the site at 1,530 feet.

Just a short boat ride south of Tybee Island, Georgia, this is the perfect spot to sleep under the stars. The island has a number of endangered species of birds, rich salt marshes, and natural dunes. This wildlife reserve is twice the size of Tybee, yet completely uninhabited.

This breathtaking site in Virginia is only a short drive from Washington D.C. that features over 500 miles of hiking trails with access to gorgeous waterfalls and stunning views. One of the most popular trails is a nine-mile hike to Old Rag Mountain, which sits high in the Blue Ridge Mountains.

Known for an abundance of fossil mammals, this historic area of South Dakota offers a number of great camping sites. The terrain is rugged and not the easiest to navigate, but the experience is well worth the extra effort. The Badlands are said to have the largest fossil accumulation from the Eocene and Oligocene Epochs.

This park, located in the Sierra Nevada mountains of California, is known for its ancient sequoia trees, granite cliffs, clear streams and an incredible amount of biodiversity. Yosemite features 13 campgrounds, and the site is so iconic that it was key in the concept of national parks.

Located in Oregon among the Cascade Mountain Range, this is the site of incredible volcanic formations, including Crater Lake. This lake is the deepest in the United States and is also said to be the cleanest and most pure lake in the country. The park has two developed campgrounds.

This enchanted forest is known as the Land of the Waterfalls. It encompasses 500,000 acres of the Appalachian Mountains just outside of Asheville, North Carolina. Mile-high peaks offer majestic views and campers can enjoy rock climbing, backpacking, and fishing.

Located in western Michigan, Ludington State Park spans 5,300 acres and just last year celebrated its 80th birthday. Known as the most popular state park in Michigan, Ludington attracts a large number of tourists due to its widely diverse attractions, which include hiking, fishing, biking, boating, swimming, and sledding.

Located in eastern Utah next to the Colorado River, Arches National Park contains over 2,000 natural sandstone arches across 76,000 acres. The majestic beauty and vibrant orange and red colors make the park a favorite for those most familiar with the southwestern United States. Although climbing on the named arches is strictly prohibited, climbing is allowed in other parts of the park, along with hiking and camping. Arches is also a popular destination for astronomers, thanks to its uniquely clear skies.