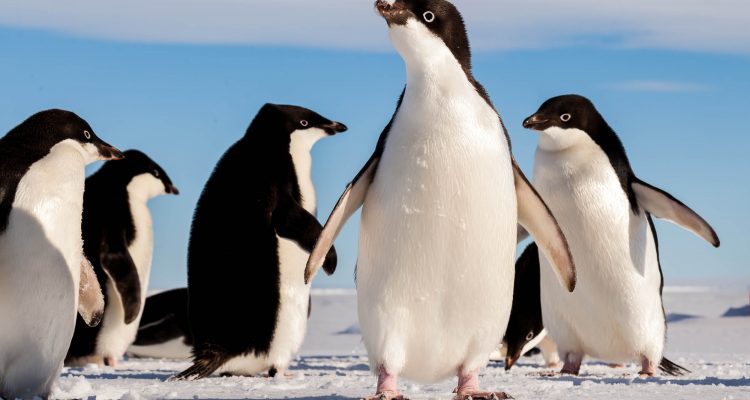 Sexually aroused jellyfish are the preferred meal of Adelie penguins in Antarctica, a new study has revealed.

Scientists strapped tiny cameras to Adelie penguins and watched as they hunted for food.

The penguins were previously thought to prefer small shrimp-like crustaceans known as krill, but the video footage proved their meal of choice was jellyfish with protruding genitalia.

The reason for this bizarre craving is most likely due to the extra carbon and protein content of the sex glands.

Conservation charity World Wildlife Fund (WWF) backed the research conducted by French and Japanese scientists. The focus of the study was the routines of the Adelie penguins underneath sea ice.

The cameras used in the project weighed between 15 and 22 grams, and were retrieved when the penguins returned to their nest.

According to WWF, footage from the cameras became an internet sensation when it was released last December.

Jean-Baptiste Thiebot, a researcher from the National Institute of Polar Science in Japan, wants to compare the findings of the study to other penguin species in different oceans.

“We were surprised to see the penguins go for jellyfish,” stated Thiebot, “and it raised the question – is this new behavior for Adelie penguins, possibly developed because they had a hard time finding food during this year of very unusual sea-ice conditions, or is it simply newly revealed by using this video approach to study their diet?”

WWF polar program manager Rod Downie hopes that this and other research will help protect species like the Adelie penguins and preserve the “amazing waters” of Anarctica.

“A year on from the release of the penguin cam footage, it’s clear that we still have a lot to learn about Adelie penguins and other ice species. The results give us a better understanding of how they might respond to climate change and related shifts in the Antarctic food web,” said Downie.