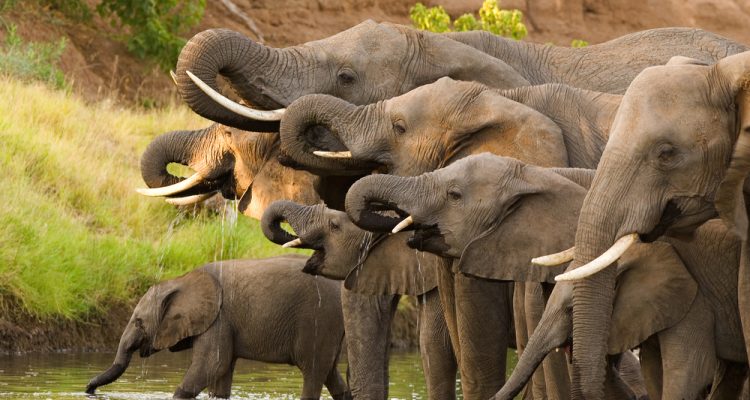 African Elephant poaching costs the continent greatly, according to a new study.

Poachers kill between 20,000 and 30,000 elephants in Africa every year. But their gain – payment for illegally collected ivory from crime syndicates seeking to meet Asian demand – is Africa’s national loss, a new study shows.

It’s a big loss, too: experts say the continent is losing around $25 million (USD) per year in lost tourism revenues. The study, published in the journal Nature Communications, found that the financial cost of cracking down on poaching  in several African regions is lower than the loss of visitors and their money.

The study’s lead author, Dr. Robin Naidoo of the World Wildlife Fund (WWF), pointed out there are moral reasons to protest the poaching of elephants. However, not everyone feels they have an ethical responsibility toward Africa’s elephants, he said. This study shows it’s not just a moral concern for the African countries where elephants live, but also a financial one.

Though the researchers were aware parks tend to report lower tourism when poaching is a problem, this is the first attempt to calculate just how much of a negative impact on tourism poaching has, the researchers said.

Dr. Brendan Fisher, economist at the University of Vermont, summed it up in simple numbers: for every dollar spent to prevent poaching, parks in East Africa could expect to get about $1.78 back. The western and southern parts of the continent could also see their investment in elephant protection pay off, Fisher said.

However, similar returns were not seen in central Africa, the researchers said.

African elephant poaching has been a major problem since the late 1970s, and the animals have been classified as “threatened” by the Endangered Species Act since 1978. It’s estimated that over the past 10 years, African elephant populations have declined by over 20 percent.