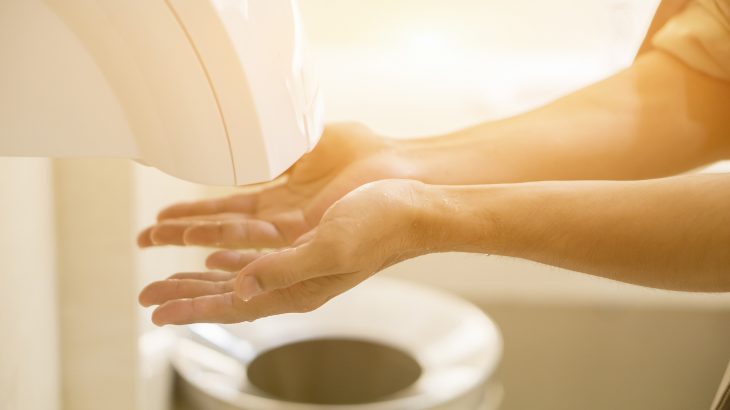 An international study led by the University of Leeds has found that jet-air hand dryers should not be used in hospitals because they spread germs. The researchers pointed out that the guidelines used in hospitals to prevent bacterial contamination should be changed.

Currently, the Department of Health allows air dryers to be used in public restrooms but not in clinical areas because of the noise they generate.

Study supervisor Mark Wilcox is a professor of Medical Microbiology. He said that the findings of this research suggest that hospital guidelines must be strengthened to avoid infection risks.

The investigation was focused on the spread of bacteria in public toilets at three different hospitals in the UK, France, and Italy. Each of the restrooms had both paper towel dispensers and jet-air dryers, but only one option was made available at a time.

“The problem starts because some people do not wash their hands properly,” explained Professor Wilcox. “When people use a jet-air dryer, the microbes get blown off and spread around the toilet room.”

“In effect, the dryer creates an aerosol that contaminates the toilet room, including the dryer itself and potentially the sinks, floor and other surfaces, depending on the dryer design and where it is sited. If people touch those surfaces, they risk becoming contaminated by bacteria or viruses.”

“Jet-air dryers often rely on no-touch technology to initiate hand drying. However, paper towels absorb the water and microbes left on the hands and if they are disposed of properly, there is less potential for cross-contamination.”

Over 12 weeks, levels of bacteria in the restrooms were measured each day, which allowed the experts to compare the use of paper towels to the use of jet-air dryers. Samples were taken from the air, floors, and other surfaces to test for Staphylococcus aureus, Enterococci, and Enterobacteria.

In two of the hospitals, five times more bacteria was removed from the floors when jet-air dryers were in use compared to when paper towels were used.

“We found multiple examples of greater bacterial contamination on surfaces, including by faecal and antibiotic-resistant bacteria, when jet-air dryers rather than paper towels were in use,” said Professor Wilcox. “Choice of hand drying method affects how likely microbes can spread, and so possibly the risk of infection.”

The study is published in the Journal of Hospital Infection.