Air pollution in Delhi has reached its highest level all year • Earth.com 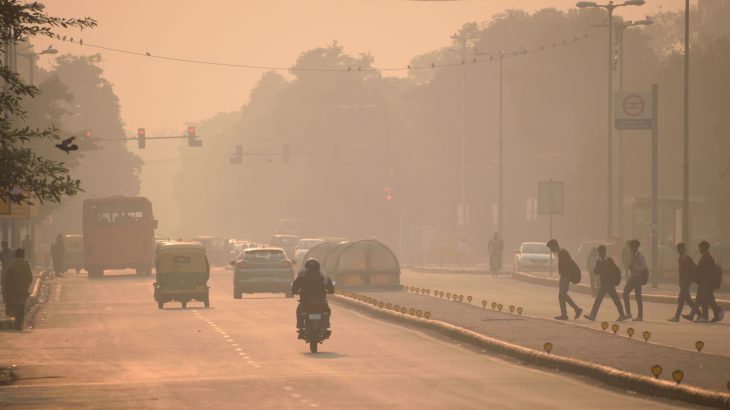 Air pollution in Delhi has reached its highest level all year

This past weekend, pollution in Delhi rose to the highest level it has hit so far this year. The conditions have been classified as “severe to emergency,” and a public health crisis has become a real possibility.

According to officials, the thick smog was caused by a combination of fog, unusually cold air, and a lack of wind. These weather conditions, which trap air pollution from vehicles and coal power plants, are expected to last for at least a few more days.

The air quality index, which measures the concentration of dangerous particulate matter, was an average of 450 on Sunday and 449 on Monday.

According to the System of Air Quality and Weather Forecasting (SAFAR), the air quality remained “severe” on Tuesday before slightly improving to the “very poor” category by Wednesday.

“It will further improve a few notches by tomorrow as good wind speed will continue to disperse pollutants faster than that of accumulation due to colder condition and fog,” said the SAFAR. “The air quality will remain in the very poor range for the next three days. Moderate foggy conditions will prevail for the next two days over Delhi and surrounding regions and may not allow significant improvement.”

The Central Pollution Control Board (CPCB) announced measures such as shutting down factories and construction sites in heavily polluted areas, along with advising against the use of diesel-powered vehicles.

Environmentalists argue that the lack of action on behalf of the authorities is inexcusable and that an urgent effort is needed to reduce pollution from vehicles and industry. Delhi-based activist Vimlendu Jha said, “If this is not an emergency, then what is?”

A study published in Lancet Planetary Health earlier this month revealed that air pollution in India killed 1.24 million people in 2017.

Air pollution is the worst in the crowded countries of south and east Asia, but it affects wealthier nations as well.

“The trends are positive if we look at the last 50 years, but it depends how many deaths are you ready to accept,” said Dr. Neira. “We still have 500,000 deaths in Europe (per year) and this is totally unacceptable.”