India waking up to reality of air pollution • Earth.com 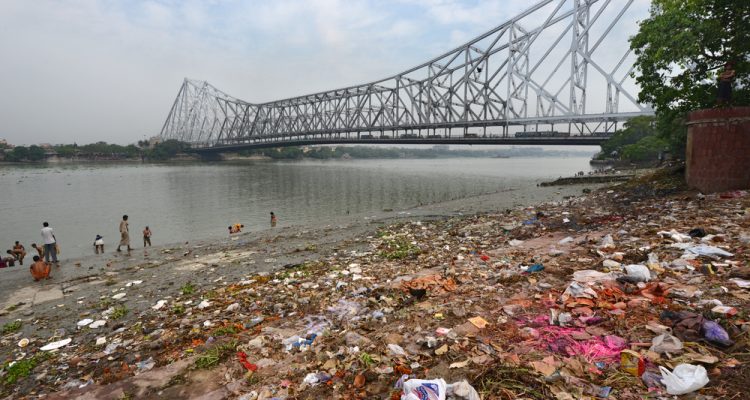 India waking up to reality of air pollution

New Delhi’s dirty air is finally becoming a problem for the city’s residents. Air pollution is a growing problem in the country, and Indians are beginning to look for solutions.

Delhi, which includes New Delhi, made a name for itself as the world’s most city in 2013, when the World Health Organization released a list of cities with the worst levels of PM2.5, particles of soot and other substances small enough to get embedded in the lungs. PM2.5 comes from vehicle and industrial exhaust, agricultural burning, and other sources.

It wasn’t the only Indian city to make the list, either. Patna, Gwalior, and Raipur came in second, third, and fourth, respectively, and Lucknow also made the top 10.

When it comes to PM10, slightly larger particles like concrete dust, Delhi comes in third after Riyadh, Saudi Arabia and Ma’ameer, Bahrain – barely.

Delhi’s air problems are a combination of the city’s human activity and its natural environment. Human-caused pollution comes from vehicles, industry, construction, and residential heating, along with burning of the city’s waste. Natural sources include dust and sea salt, and Delhi’s location leads to cool air “inversions” that trap both types of air pollution in the city.

Indians are starting to take notice. In 2015, SmartAir expanded its low-cost air purifier business from China to India. It sold 1,000 units of its basic air purifier model last year; last month, it sold 500 in the first half alone.

Indians have been slow to adopt changes to combat air pollution, but the dirty air has become more obvious in recent years – on cold days, smog is visible and can often be tasted in New Delhi – and awareness about the health effects has grown.

Health effects of air pollution range from eye, nose, and throat irritation to heart disease, reduced lung function, asthma attacks, and even death in some people, according to AirNow, a U.S. air quality tracking system.

In the week following Diwali, the Hindu festival of lights, pollution in Delhi spiked sharply, and so did sales of masks and air purifiers.

Delhi experts said the trend is unlikely to last unless the media and companies continue to raise awareness in sunny weather, when the air seems clear – but pollution is still high above what the WHO and India’s government deem safe levels.